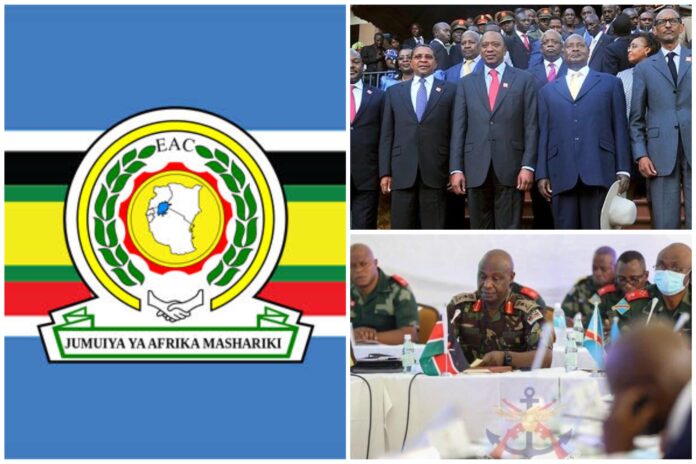 East African Community leaders have called for speed in the proposed federation of member states into a single sovereign government.

Founded in 1967 for socio-economic and political reasons, the EAC is an intergovernmental organization made up of seven East African Great Lakes countries. These include the Democratic Republic of Congo-DRC, Tanzania, Kenya, Rwanda, Burundi, South Sudan and Uganda.

Although, there is currently a dispute between nations over which country should host the federation’s central bank.

Kenya and Uganda reportedly opposed the East African Community’s decision to select Tanzania as host country for the Central Bank of East Africa.

While Uganda has expressed an interest in hosting the bank, there has been no satisfactory response to its requests, especially as other nations are at the forefront of the debate.

On the other hand, the Ugandan cabinet approved the introduction of Kiswahili as an official language and ordered it to become a compulsory subject in primary and secondary schools.

Keep in mind that this is good news and a step in a positive direction, as the East African community has adopted Kishwahili as its official language.

While the introduction of kiswahili has proved quite reassuring, plans have also been approved to introduce a single East African currency by 2024.

So far, East African Community partner countries are in the process of harmonizing key strategies and building the institutions needed to achieve a single currency for the region by 2024, as outlined in the EAC Monetary Union Protocol.

As far as plans go, things seem to be heading in the right direction as Uganda has started building a regional East African market on the border with Tanzania.

As for the military, the East Africa Regional Force was created by President Kenyatta of Kenya and immediately deployed to the provinces of Ituri, North and South Kivu in the Democratic Republic of Congo to stabilize the region and restore peace. These servicemen will serve as Federation servicemen as the plans progress.

Economic prosperity also appears to be in the Member States’ favor. Uganda and Tanzania reached an agreement that has already launched a $3.5 billion gas pipeline project in East Africa.

The 1,443 km crude oil export pipeline that will transport Ugandan crude from Kabaale to Tanga, Tanzania is expected to offer great opportunities for the private sector.

The world’s longest heated gas pipeline has been completed. The bloc is building a rail network for connectivity between member states, linked by the Tanzania Standard Gauge Railway (SGR), linking the port of Dar es Salaam to the Democratic Republic of Congo, the port city of Mombasa in Kenya, and Burundi.

When completed, the market will bring together manufacturers, distributors, wholesalers, retailers, and consumers from across the East African region, Burundi, Tanzania, Kenya, the Democratic Republic of Congo and Rwanda.