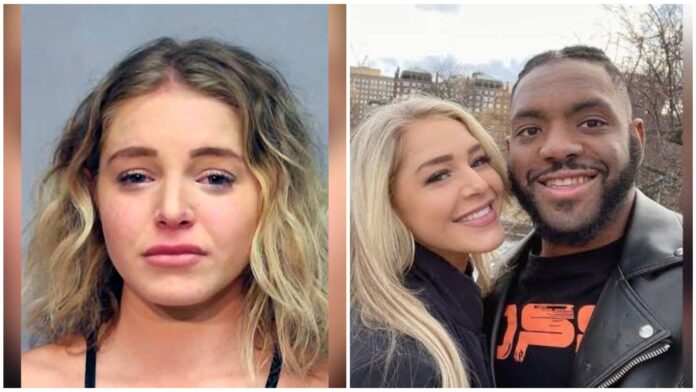 OnlyFans model Courtney Clenney, also known as Courtney Tailor on social media, was arrested in Hawaii on Wednesday and charged with the April murder of 27-year-old Christian Obumseli, her then-boyfriend.

She is currently awaiting extradition to Florida, where she faces second-degree murder charges, her defense attorney Frank Prieto confirmed, according to the Miami Herald.

Clenney’s attorney says she was in a rehab facility in Hawaii for substance abuse and post-traumatic stress disorder when police caught her.

“I am completely shocked, especially as we cooperated with the investigation and offered to voluntarily hand her over if she is charged,” Prieto said. “We look forward to clearing her name in court.”

Officials in Miami say they will explain the arrest at a news conference on Thursday.

An investigation was launched after Ms. Clenney allegedly killed her boyfriend in a luxury apartment building.

Her lawyers claimed the murder was justified because she acted in self-defense.

The suspect is known as Courtney Tailor on social media (OnlyFans), where she has over 2 million followers.

Authorities say the couple had been together for less than two years, and that she had earlier been arrested in Las Vegas for domestic violence. Moreover, policemen in Austin, Texas, have reportedly been called to her home on several occasions.

They had been living in the One Paraiso building in Edgewater, Florida for a few months, where managers were dealing with multiple domestic disturbance complaints and were busy evicting them, according to The Herald.

Miami police were called to her home on April 1 to process a break-in incident, two days later the suspect called 911 to report that the victim had been stabbed.

Obumseli’s family’s attorney Larry Handfield persuaded authorities to reopen the inquiry. Police allegedly visited the couple at least four times for domestic calls, but Obumseli was never arrested or charged, according to him.