8 Fun Things To Do in Ethiopia 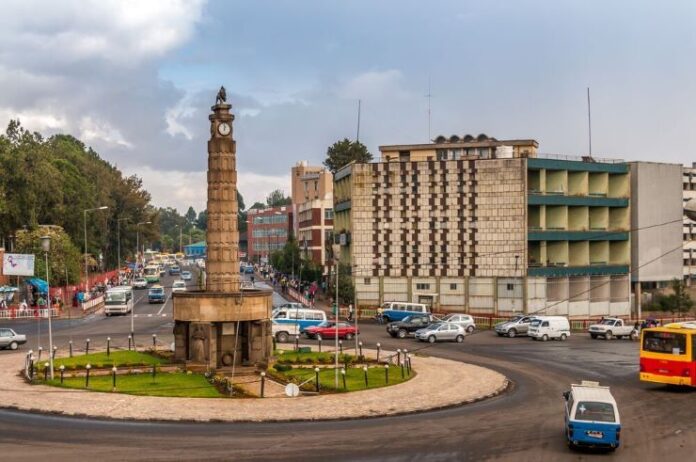 The list of fun things to do in Ethiopia is actually a long one. Ethiopia has maintained its vibrant cultural identity despite being the only nation in Africa that has never been colonized.

The country’s ancient forts, native villages, and deeply ingrained traditions and customs serve as evidence of this. Once you’ve been to Ethiopia, you’ll understand why it’s quite different from other African nations.

You’ll have the chance to spend time in nature while learning about Ethiopia’s fascinating history. Ethiopia has a lot to offer in terms of natural beauty, including rough mountains, glistening lakes, and even volcanic craters.

Ethiopia will undoubtedly rank among your most memorable travel experiences due to its stunning landscapes and rich cultural heritage.

The country has something to offer everyone, whether they are seeking adventure, animal viewing, a distinctive cultural experience, or breathtaking views.

1. Visit the Rock-Hewn Churches of Lalibela

The Rock-Hewn Churches of Lalibela are a must-see attraction during your trip to Ethiopia because they are one of the most significant representations of Ethiopian Christianity.

They were given that name in honor of King Lalibela, who constructed the cathedrals in the 13th century in an endeavor to reconstruct Jerusalem.

The 11 churches continue to have a significant influence on Ethiopian Orthodoxy. They continue to conduct regular services and serve as pilgrimage destinations for worshippers during the yearly Genna festival.

Related article: 10 Most Peaceful Places to Live in Africa

2. Feel the heat at Dallol

The hottest region on Earth, where daily temperatures rise to a scorching 50°C in Summer, is located in northeastern Ethiopia.

Dallol is a location in the middle of the depression that is home to salt mines and gorgeous, multicolored landscapes that look like they were meticulously drawn in an art book.

Erta Ale, which in the local language means “a smoking mountain,” is one of the oldest active volcanoes in the world, and it is located in the Danakil depression.

You may understand why the local Afar people refer to this location as the gateway to hell after observing the erupting lava from the volcano and the oppressive heat.

3. Feed hyenas at the historic town of Harar

Feeling adventurous and brave? Feeding Hyenas is one of the fun things to do in Ethiopia.

The city of Harar in the Eastern portion of Ethiopia is home to 82 mosques, three of which date from the 10th century, and 102 shrines, supporting its title as the fourth holiest city of Islam.

The city is surrounded by a wall constructed in the 13th and 16th centuries and is a UNESCO World Heritage Site.

The four-meter-tall wall, which has five access gates, was erected to defend the city from an on-going conflict at the time.

You can witness a hyena feeding ceremony that has been going on for over fifty years while you are in Harar and even feed some of the animals.

One of Ethiopia’s most visited places and one of the top hiking areas in Africa is the Simien Mountains.

There are several indigenous and uncommon species living in the Simiens, including the Gelada Monkey, Walia Ibex, and Ethiopian Wolf. The Simiens are also wonderfully picturesque.

The park is home to Ras Dashen, Ethiopia’s highest peak, and some of the most thrilling trekking trails.

From your home base at Limalimo Lodge, Ethiopia’s best luxury lodge, you can explore the mountains in comfort.

A visit to Blue Nile Fall is next on the list of fun things to do in Ethiopia. Your breath will be taken away by the Blue Nile Falls’ thunderous, dramatic roar. This three-streamed waterfall, which is just 138 feet high, is frequently accompanied by the flimsy shimmer of rainbows and is covered in a misty fog.

It might take a while and be challenging to get to the falls, thus a tour guide is frequently advised.

You can either take a motorboat to the bottom of the falls or hike up to the top viewpoint. Avoid going from January to March because there isn’t much water falling from the falls during this time.

Visit the National Museum of Ethiopia to learn more about Ethiopia’s past. There are hundreds of artifacts and archaeological finds on show in three main exhibits at the museum.

The paleoanthropological portion, which contains the remnants of early hominids or apes, is the most noteworthy exhibit.

The skeleton of “Lucy,” whose fossil bones date back more than 3.2 million years, can be found here. She is said to be the earliest fossilized ancestor of all humans. The museum also features a show of African art and a collection of artifacts from the ancient and medieval eras.

7. Meet the indigenous people of the Lower Omo Valley

The tribes of the Omo valley are some of Africa’s most traditional tribes, with chalk painted bodies and distinctive clothing.

They are unaffected by the outside world. These tribes, who are found in South-Western Ethiopia, have long-standing cultural traditions, such as the Hamer tribe’s cattle-jumping rite, which transforms a boy into a man.

The region is renowned for its involvement in paleontology. The Lower Omo Valley was listed by UNESCO as a world heritage site in 1980 as a result of the discovery of human remains dating back more than 3 million years.

A visit to the Omo valley is also regarded as one of the fun things to do in Ethiopia while around.

8. Drive through the Rift Valley

South of Addis in Ethiopia, the Rift Valley offers a fantastic driving route that links Addis with the Bale Mountains and the Omo Valley.

Driving across this region of the country provides a window into local culture that a domestic flight cannot provide, and there is enough to do along these routes to keep you busy for 4-5 days.

There are several upscale lodges built along the lakes’ edges, and there are many opportunities to see wildlife.