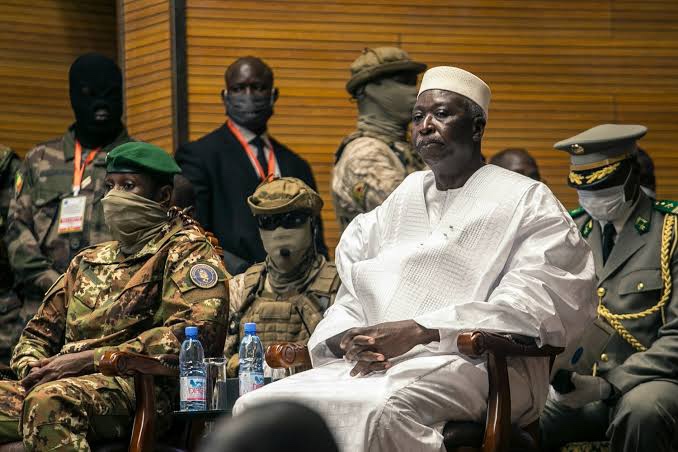 Since Mali got plunged into political chaos after the ouster of Ibrahim Boubacar Keïta in a military coup which took place in the August of 2021; among those who have shown concerns are the leaders of the West African States; who have proceeded to take prompt actions. In a recent development, members of the Economic Community Of West African States (ECOWAS) have imposed sanctions on Mali as they issue fresh warnings.

Former Nigerian president, Goodluck Ebele Jonathan, has served as a mediator working to fasten the rise of peace in Mali. Unfortunately, it would seem that achieving peace might take some more efforts and stringent measures.

Interestingly, after a threat from ECOWAS earlier in the year, the head of Mali’s government had promised he would provide the bloc with an election timetable by the end of January 2022.

Unfortunately, all warnings were not heeded by the military junta and has since proven consequential for Mali; thereby resulting in the suspension of Mali from ECOWAS following the military coup in August 2020 and May 2021.

“The suspension from ECOWAS takes immediate effect until the deadline of the end of February 2022 when they are supposed to hand over to a democratically elected government,” Ghana’s Foreign Minister Shirley Ayorkor Botchwey said after a meeting finalizing Mali’s suspension.

Although the Malian Junta cited security concerns as a reason for their decision; members of ECOWAS saw through their promises and warnings of security issues. So in response, ECOWAS imposed a trade embargo and Its borders with ECOWAS states closed off.

It didn’t take long for the Sahel nation to act for its economy. One hundred twenty members of Mali’s 121-seat interim parliament; called the National Transitional Council; voted to allow the military government to govern for up to five years. Of course, this goes against the interest of ECOWAS. ECOWAS had earlier wanted a return of Democratic rule quicker.

The decision by the Mali parliament went even further. It voted to forbid the interim president from standing for future election.

Interestingly, the bill did not “mention Mali’s interim President Colonel Assimi Goita by name. This is to leave open the possibility that he could run if he steps down ahead of a future election.”

While ECOWAS gives fresh warning and actively presents counter ideas to what stands against peace in Mali; Goita himself has pledged to restore civilian rule, but he has refused to commit to a date.

The lack of a date has perhaps left ECOWAS and the Government of Mali in loggerheads. This informs ECOWAS decisions to sanction Mali.