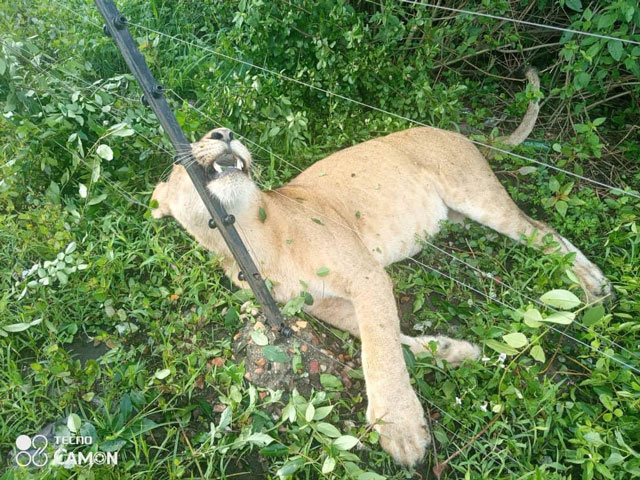 Uganda’s Wildlife Authority has confirmed the deaths, adding that the lionesses may have been electrocuted.

The lionesses were found near a private lodge’s fence in the famous Queen Elizabeth National Park.

Bashir Hangi, the Uganda Wildlife Authority’s head of media, told AFP; “Although the cause of death has yet to be determined, we assume electrocution.”

According to Hangi, the police have also opened an investigation and will conduct a post-mortem examination.

However, this latest event takes the total number of lions found dead in the same park in one year to nine. This is because, before these most recent deaths, six lions were also found dead in this park in 2021, with the authorities proving they were poisoned.

Furthermore, In Queen Elizabeth Park, 11 lions, including eight cubs, died of poisoning in 2018 alone. Before this event, five lions faced the same fate in 2010.

But none of the inquiries have led to the finding of the offenders.

Uganda’s National Park is home to about 600 bird species and about 100 mammals, including Buffalos, Leopards, Hyenas, and Elephants.

According to the Wildlife Conservation Society’s January report, there are slightly over 250 lions in Queen Elizabeth National Park.

Tourism accounts for nearly 10% of Uganda’s GDP, according to the country’s data.