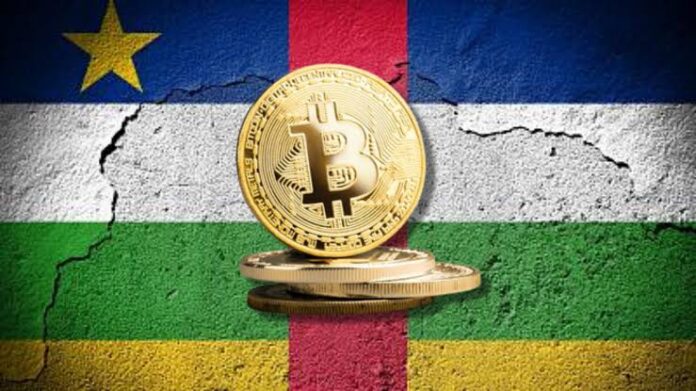 The Central African Republic has now adopted bitcoin as a legal tender, following Lawmakers unanimously adopting a bill; that made bitcoin legal tender alongside the CFA franc and legalised the use of crypto currencies.

According to the president’s office on Wednesday; “This move places the Central African Republic on the map of the world’s boldest and most visionary countries,”

President Faustin Archange Touadera signed the measure into law, his chief of staff Obed Namsio said that the Central African Republic; “is the first country in Africa to adopt bitcoin as legal tender,”.

Additionally, the central African country has now become the second country in the world to do make Bitcoin a legal tender behind El Salvador.

The landlocked state is also one of the most troubled nations globally, with an economy that is heavily dependent on mining.

The citizens of the central American country under the new measures, were allowed to use the digital currency; along with the US dollar which has been the official currency for two decades; to pay for any good or service, using a cyber wallet app.

The introduction was however heavily criticised by the International Monetary Fund; as it warned of “large risks associated with the use of bitcoin on financial stability, financial integrity, and consumer protection” and with issuing bitcoin-backed bonds.