Benkos Bioho: The man who escaped slavery to start the first free town in the Americas 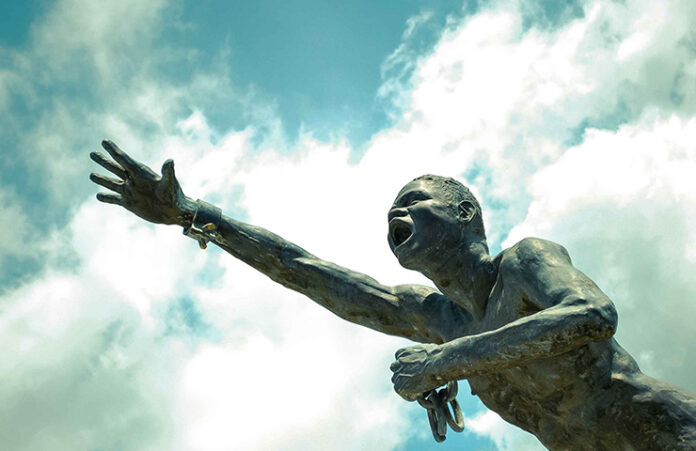 During the era of slavery, many enslaved people were lucky to escape the tyranny of their masters, and live out their days of freedom however they wished. But it wasn’t same for Benkos Bioho, who unlike other enslaved people, decided not only to escape slavery, but to start up the first free town in America.

This article takes a look at the life and death of Benkos Bioho, how he escaped slavery and how he started the first free town in America.

Benkos Bioho was a Bissago and South American leader who joined hands with ten other slaves to escape the slave port of Cartegena in Colombia and discovered the San Basilian de Palenque. The town was formerly known as the Village of the Maroons. However, in 1713, the then king of Spain decreed San Basilian de Palenque a free village, making it the first free village in the Americas.

Life and Death of Benkos Bioho

Benkos Bioho, also known as Domingo Bioho, was born into an African royal family of the Bissagos Islands off the coast of Guinea-Bissau, West Africa, in the late 16th century.

Bioho belonged to the Bijago ethnic group that was enslaved and he was given the name Domingo. He was later captured by Portuguese traffickers in Africa and was transferred to a different country. Bioho also got married to a beautiful woman named Wiwa, and they had two kids named Sando and Orika. However, the Bioho family was also captured by the Portuguese traffickers.

The traffickers sold them to Juan de Palacio on getting to Cartagena de Indias. They would later fall into the hands of Alonso de Campos, a captain on the governor’s staff, in 1596.

Benkos wasn’t the only black that was captured. They had thousands of blacks enslaved in Africa and sent to America. They became human commodities and were sold out as slaves.

To this day, Benkos Bioho is still remembered as a leader of the most remembered rebellion of enslaved persons in the history of Colombia who died in Cartagena. Sadly, Bioho was later captured while walking freely in the city. On March 16, 1621, he was hanged and quartered by order of Governor García Girón.

Also read: The Captivating history of the African Country Rwanda; its Culture and People Part III.

The rate of torture and maltreatment of slaves was part of the reason why Bioho decided to rebel and flee his masters. He took his wife, children, three other men and women.

While planning to flee from his masters, he urged an additional 22 slaves held by Juan de Palacios to revolt and join them in escaping. They finally formed a group and fled together. They made their way into the wetlands and camped at Tolú, about fifty miles distant.

From that point, they formed a movement known as the Guerrilla-Style Movement. Bioho led the movement. They later threw attacks on the Spanish for almost five years.

However, the Government of Cartegena tried to stop the group’s activities but failed. In 1605, he signed a peace treaty with the group and gave them a tiny portion of the territory which we now know as San Basilio de Palenque. The tribe established itself as a free people known as Cimarrones from this small territory.

Bioho didn’t stop at that. He also made the government sign an agreement that allowed the people to own arms, have free movement, and be appropriately treated by all Spanish authorities.

The Conspiracy That Led to Benkos Bioho’s Death.

The newly formed free town activities were going on smoothly until a new government emerged in 1621. The Governor had written to Spain, noting that Bioho had established a walled city. He also included that Bioho made the Spanish unwelcomed in the town.

Despite this, the governor still dispatched troops to the area, but Biohó’s people disarmed them and warned them not to return. However, Biohó was later arrested and hanged on March 6, 1621.

Also read: Africans Launch Global Campaigns to tell their History and Stories, calling for a change in Narratives.

Until this day, Benkos Bioho will remain known for his bravery, as he is one out of many slaves with an inspiring story. He dared to stand for his people, and as an African, it is vital to be familiar with the story of this brave man.