Egypt celebrates grand reopening of 3,000-year-old Avenue of Sphinxes with a line up 1,050 parade for the gods statues 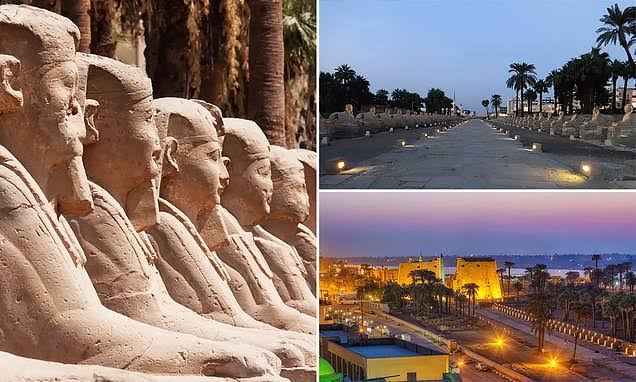 Egypt has unveiled a sacred road lined with thousands of statues on Thursday. This route  was used as a procession route for the gods 3,000 years ago. This procession route is called the Avenue of Sphinxes; and it is a  1.7-mile stretch which features more than 1,050 statues of sphinxes and rams that have been reconstructed with the hopes of attracting tourists from all around the world.

This ancient walkway, which is also known as the Way of the Rams and the Path of the Gods; connects the famous luxor and karnak temples in what was the city of Thebes; which used to be Egypt’s capital in antiquity.

A top Egyptian archeological official, Mohamed Abd el-Badei, said the oldest ruins along the pathway are six structures built by Queen Hatshepsut; Egypt’s only woman pharaoh, that dates to 1400 BC. Hatshepsut was the daughter of Thuthmose I and Queen Ahmose. Since she was a woman in a man’s position, she depicted herself to be the daughter of the God Amun, the most powerful deity of the time.

The pathway, paved in sandstone blocks; was used every year for a festival called ‘Opet’ that was held the second month of the Nile flooding seasons.

The Hieroglyphics on the walls of one of the temples state that; the holiday was marked by parades and dancers in celebration of the bounty brought from the harvest fields.

The glitzy ceremony began at at 12.30pm, with the Egyptian President Abdel Fatah el-Sissi re-enacting the ancient holiday, along with other senior Egyptian officials.

Path of the Gods

Hundreds of singers and dancers wearing traditional ancient Egyptian clothing walked out of the Temple of Karnak in a glorious procession; with some participants carrying giant golden boats on their shoulders just as priests did thousands of years ago; Priests carried three divine boats on their shoulders, transporting statues of the Theban Triad; the deities of Amun-Re, his consort Mut and their son Khonsu from one end to the other.

The first statue was found in 1948, and after decades of excavation and months of restoration, the ancient 1.7-mile walkway; known as the Path of Gods or Avenue of the Sphinxes saw a grand revamp. It is believed to be the path that pilgrims walked on to visit the temples to worship their deities. 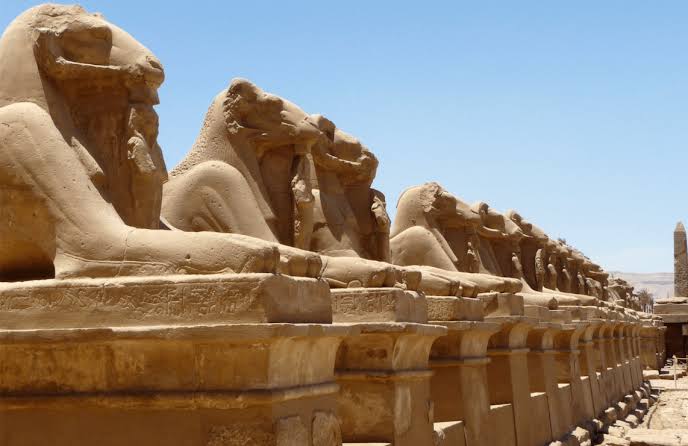 Egyptians recreated and celebrated the same age-old tradition in 2021, albeit with light shows; local dancers with exuberant costumes and parades to replicate and cherish their cultural heritage. The procession started from Karnak and reached Luxor.

The entire walkway was identified from 1984 to 2000, which led to a large excavation of the site.

However, this meant hundreds of homes, mosques and a 115-year-old Evangelical church had to be demolished to restore the Avenue of the Sphinxes. 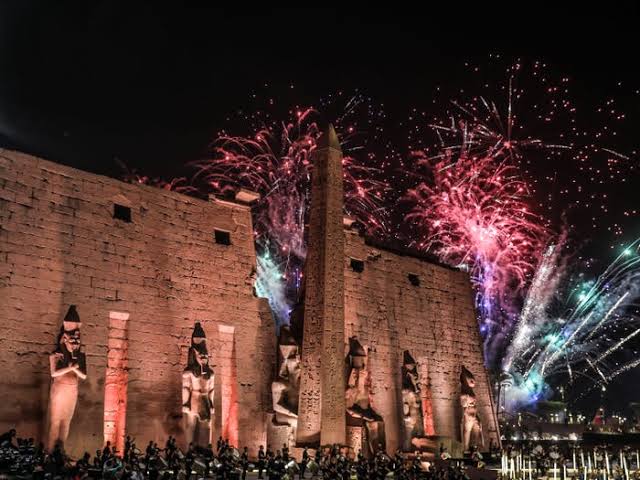 Most of the original statues have been recovered and are depicted in three different shapes; with the first being a body of a lion with a ram’s head that was constructed over a nearly 1,000-foot area between the Karnak Temple and the Precinct of Mut during the reign of New Kingdom ruler Tutankhamen, who ruled about 3,300 years ago.

The second is a full ram statue erected in a remote area during the reign of the 18th dynasty’s Amenhotep III; from 1391-1353 BC, before being later moved to the Temple of Khonsu in the Karnak complex.

The third shape is the iconic sphinx that were constructed during the reign of Nectanebo I (380–362 BC).

Luxor Temple was constructed some 3,400 years ago by Amenhotep III and has been used as a site of continuous religious worship from the ancient Egyptians to Christian Copts and later Muslims.

Thursday’s celebration was sparked by the Pharaoh’s Golden Parade on the April 3 that a procession of 22 ancient tombs make a 40-mile journey through the streets of Cairo.

A total of 18 kings and four queens, all of which who died more than 3,000 years ago; were transported to a new museum in the southern region of the capital.

Each mummy was placed inside their own golden carriage that feature the name of the royal on the outside.

The carriages were also designed with shock absorbers to ensure the ancient remains and prized monuments survived the trip.

The ceremony snaked along the Nile corniche from the Egyptian Museum overlooking Tahrir Square; to the newly opened National Museum of Egyptian Civilization in Fustat.