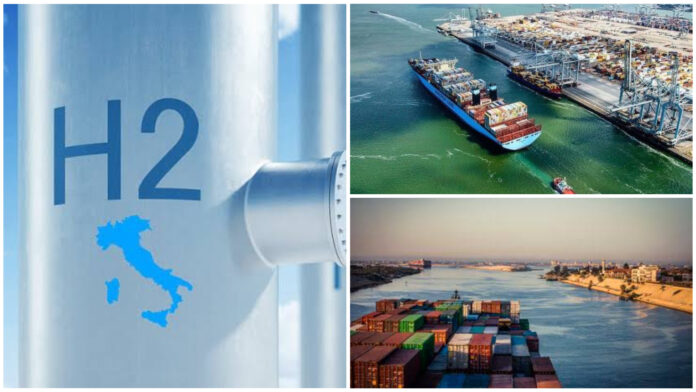 Egypt has signed seven new memorandum of understanding with international companies and organizations to produce green hydrogen in the Suez Canal Economic Zone, the Egyptian cabinet announced in a statement.

The signing ceremony was attended by Prime Minister Moustafa Madbouly and will see to the establishment of Green Hydrogen production complexes in Ain Sokhna, the statement added.

According to Madbouly, Egyptian President Abdel Fattah El-Sisi has guided the government to maximize the use of renewable energy through green hydrogen projects.

The Suez Canal Economic Zone has sought cooperation with the Indian side in the field of green hydrogen, in which it has made remarkable progress by signing several memoranda of understanding.

Some of them are expected to come into effect in connection with the COP27 climate summit in Sharm El-Sheikh in November 2022.

Egypt also aspires to the production of green methanol and green ammonia, particularly as marine fuels, given Egypt’s particular situation, which is among the other qualifications that allow it to excel in these fields.

On June 21, 2022, the General Authority for Free Zones and Investments (FATF) hosted the signing of 14 agreements worth US$7.7 billion between the Egyptian and Saudi sides on infrastructure, logistics, port management, food industry, pharmacy and traditional energy, renewable energy energy, electronic payments, digital finance and information solutions.