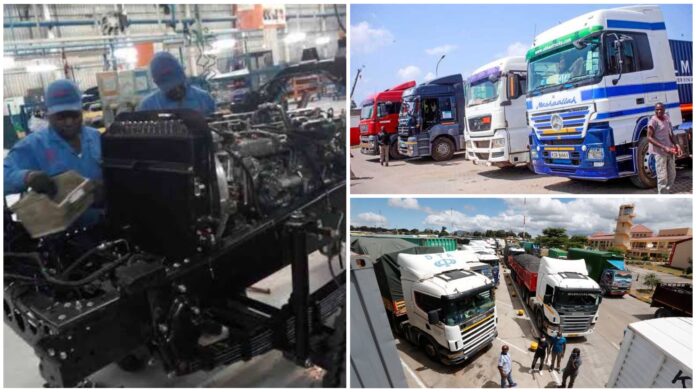 The UK has protested Kenya’s ban on importing used buses and trucks amid fears the embargo will cut off the flow of used commercial vehicles from the European country.

Betty Maina, Secretary of State for Industrialization and Trade, says UK authorities are unhappy with the used-vehicle sanction, which was supposed to take effect on July 1 before being frozen in court.

So far, experts say an escalation in differences between Kenya and Britain could affect the flow of goods between the two nations.

Recall, Kenya and the UK signed a new trade deal in December 2020 allowing duty-free access for Kenyan products to the UK market and preventing a post-Brexit disruption.

The protest is being handled by the Economic Partnership Agreement (EPA) Council between Kenya and the UK, Maina said.

The EPA Council is made up of ministers from both countries tasked with ensuring the smooth implementation of the trade agreement that took effect in March 2021, including the resolution of trade disputes.

“The UK side has formally raised some questions about changes to used vehicle regulations. This will be part of the discussions at the EPA Council,” Maina told Business Daily.

“This [EPA Council Route] is a pretty standard tool for reviewing export numbers and experience between the two countries.”

The Kenya Bureau of Standards (Kebs) issued a notice in April freezing imports of used vehicles over seven meters from July 2022.

Trucks with a payload of 3.5 tonnes or more were also banned. Imports of tractor heads and prime movers less than three years old were allowed until June 2023, after which only new units would be allowed in Kenya.

However, the notice was suspended by Regional and Environmental Court judge Oscar Angote in early July, pending a decision on a petition from activist Okiya Omtatah – now the senator-elect for Busia County.

The UK mainly produces Leyland trucks, but a significant number of used Ford and Fiat tractors (from Italy) and Caterpillar construction and mining equipment are shipped to Kenya from the UK.

They expect countries like Uganda to continue to allow the importation of used commercial vehicles, which are also used in Kenya, adding that most European models of prime movers are not assembled locally.

Maina did not identify any specific rules the UK was concerned about and said the issue was still in the technical phase and still needed to be escalated at ministerial level.