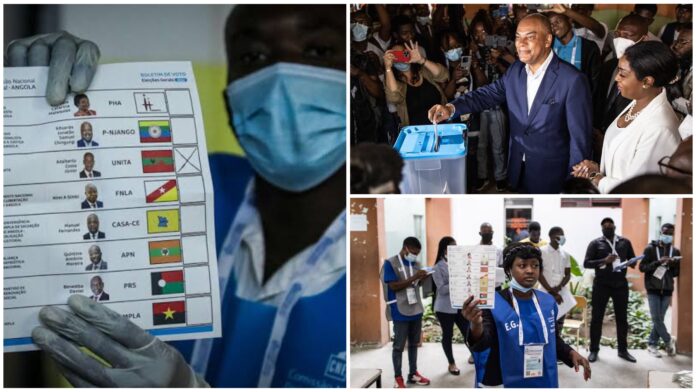 The main Angolan opposition party, the National Union for the Total Independence of Angola (UNITA), has rejected the preliminary findings of the National Electoral Commission, claiming that the process was hampered by the count of irregularities.

Unita leader Adalberto Costa Júnior says the victory claimed by the ruling Popular Movement for the Liberation of Angola (MPLA) is misguided.

“There is not the slightest doubt that the Popular Movement for the Liberation of Angola did not win the elections on the 24th,” he said.

“The MPLA did not win the elections, so UNITA does not recognize the preliminary results of the National Electoral Commission (CNE).”

Also, read; Japan Pledges $30bn in Aid For Africa at Summit In Tunisia

The UNITA leader gave some examples of constituencies where the party would have won at least three more deputies in addition to the 90 that the CNE would have announced, with 97 percent of the votes counted. However, Adalberto Costa Júnior asked the Angolans to calm down.

Since then, there has been a quieter response from the MPLA. It was announced on Friday that there would be a speech by President João Lourenço, but after three hours of waiting, journalists were told that it would be postponed until the final results were announced.

The MPLA released a video thanking those who voted for Lourenço’s party, but for now the only official results are the results announced Thursday night, with 97 percent of the votes counted representing 51 percent of the MPLA and 44 percent of the Attribute to UNITA.