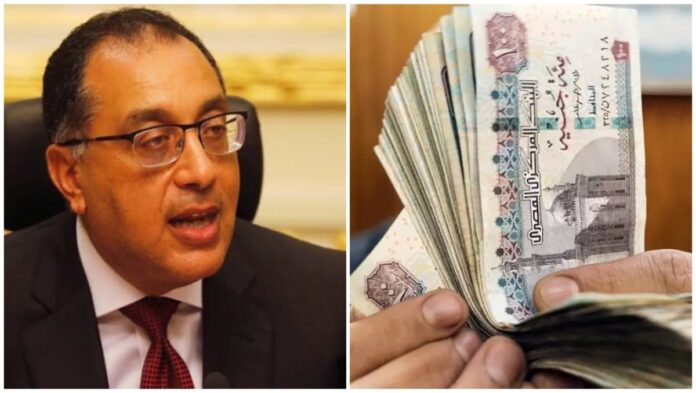 The Egyptian prime minister on Wednesday announced a £300 ($15.20) increase in the monthly minimum wage as average Egyptians suffer from rising prices in recent months.

The recent increase is the fourth increase in the country’s minimum wage since President Abdel Fattah el-Sissi took office in 2014.

Although the government faces financial and economic challenges stemming from the coronavirus pandemic and the Russian war in Ukraine.

The prime minister also announced a £300 ($15.25) increase in pensions and bonuses for civil servants.

The government, he also said, will not increase utility bills until June next year. It will also offer financial support to some companies hit by the global economic crisis to avoid licenses, Madbouly said.

Madbouly said some of the changes will take effect immediately, while others will need parliamentary approval.

Wednesday’s measures are intended to ease the burden on Egyptians who have been hit by the current global economic crisis, The prime minister said.

Egypt’s economy has been hit hard by the coronavirus pandemic and the war in Ukraine, which has shaken global markets and boosted oil and food prices across the world.

Egypt is the world’s largest importer of wheat, mostly from Russia and Ukraine. The country’s offer is subject to price variations in the international market.

The Egyptian pound recently hit a record low against the strengthening US dollar, selling at 19.7 pounds to $1.

The drop came as the government held months-long talks with the International Monetary Fund about a new loan to support its reform program and help meet the challenges posed by the war in Europe.

The government has received promises from wealthy countries in the Arab Gulf of billions of dollars in investment, some of which goes to private industry.

Inflation in the country of more than 104 million people rose to more than 15% in September, putting pressure on low-income families and basic necessities. About a third of Egyptians live in poverty, according to the government.