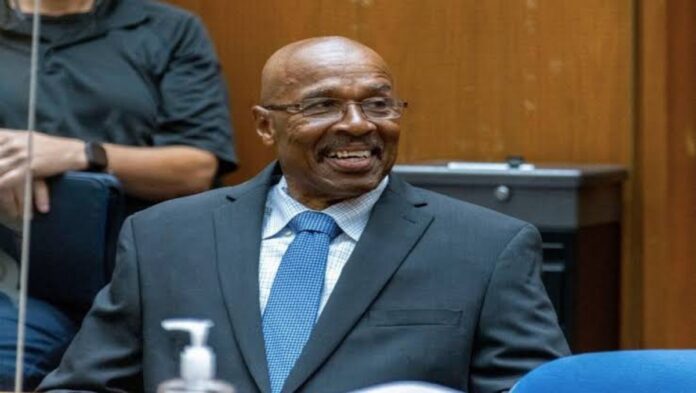 A man who spent more than 38 years behind bars for a 1983 murder and two attempted murders has been released from a California prison after unexamined DNA evidence pointed to someone else, the Los Angeles County District Attorney said on Tuesday. Friday.

The conviction and life sentence of Maurice Hastings, 69, was overturned during an Oct. 20 court hearing at the request of prosecutors and their Los Angeles Innocence Project attorneys at California State University, Los Angeles.

“I have prayed for many years that this day would come,” Hastings told a news conference on Friday, adding, “I’m not pointing the finger; I’m not standing here as a bitter man, but I want to enjoy my life now while I have it.”

“What happened to Mr Hastings is a terrible injustice,” District Attorney George Gascón said in a statement. “The justice system is not perfect and when we have new evidence that makes us lose confidence in a conviction, it is our duty to act quickly.”

The victim in the case, Roberta Wydermyer, was sexually assaulted and killed with a single gunshot to the head, officials said. Her body was found in the trunk of her car in Inglewood, a suburb of Los Angeles.

Hastings was charged with murder in special circumstances and prosecutors asked for the death penalty, but the jury remained deadlocked.

A second jury convicted him and he was sentenced to life in prison without the possibility of parole in 1988.

Hastings has claimed he is innocent since his arrest.

At the time of the victim’s autopsy, the coroner was conducting an inquiry for sexual assault, and the semen was found on a mouth swab, the prosecutor’s statement said.

Hastings requested DNA testing in 2000, but at the time the Attorney’s Office denied the request. Hastings filed a plea of innocence with the Prosecutors’ Conviction Integrity Unit last year, and DNA tests last June showed the sperm was not his.

The DNA profile was added to a government database this month and matched to an individual convicted of armed kidnapping, in which a female victim was placed in the trunk of a vehicle, and forced oral intercourse with a woman.

This suspect, whose name has not been released, died in prison in 2020.

Prosecutors said they are working with police to investigate the dead person’s involvement in the case.