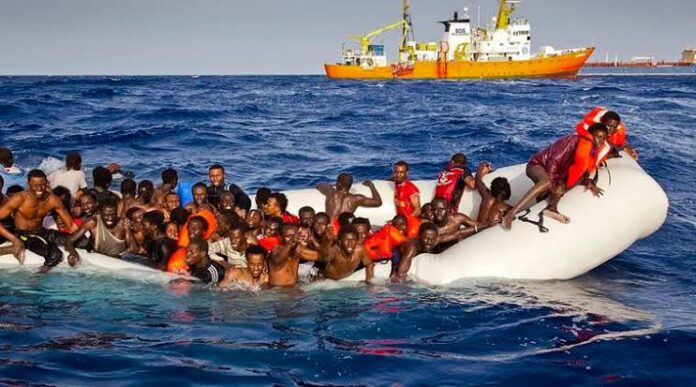 At least eight migrants have died and another 15 are missing after a boat sank in Tunisia on Thursday as they tried to cross the Mediterranean Sea to Italy, state radio Monastir said.

The Coast Guard rescued 15 migrants from the overcrowded boat that sank in the town of Chebba, in the Mahdia region.

A security official said the boat left the coast of El Awabed in the Sfax region this week. He added that most of the migrants on the boat are Tunisians.

The Sfax coast has become an important starting point for people escaping poverty in Africa and the Middle East to a better life in Europe.

In recent months, dozens of people have drowned off the coast of Tunisia and the number of attempted crossings from Tunisia and Libya to Italy has increased.

Hundreds of thousands of people have made the perilous journey across the Mediterranean in recent years.

Recall that last month around 2,000 people, mostly from Sudan and South Sudan, encountered border guards trying to climb a 10-meter high fence in the Spanish enclave of Melilla in North Africa.

A video shared on social media hours after the incident appears to show dozens of bodies, some lying motionless on the floor of a border crossing. Police officers are seen beating up some injured men lying helpless on the ground. Moroccan authorities initially claimed that the migrants died as a result of the stampede.

“The killing of at least 23 African men at the Melilla-Morocco border on June 24, 2022 requires an independent and impartial investigation capable of determining what happened and who is responsible for this loss of life,” Human Rights Watch (HRW) said. ). an affirmation.

HRW has also seen and verified satellite imagery that appears to show Moroccan officials trying to organize hurried mass burials near the border.