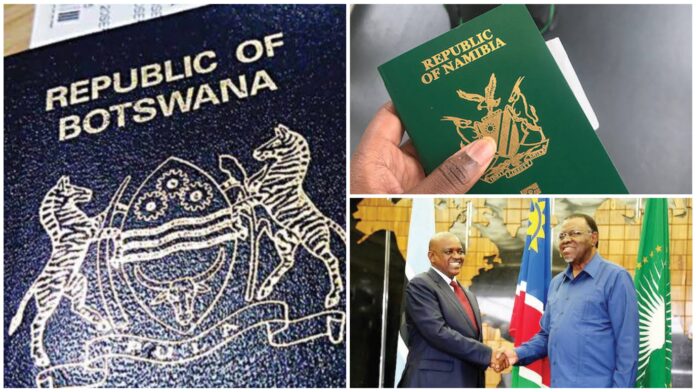 The governments of Namibia and Botswana have agreed to end the use of passports for travel between the two countries. Instead, citizens of both countries will now use ID cards.

The new development was revealed by The Namibian President Hage Geingob, who made the statement on Friday morning as he delivered his speech at the opening session of the Botswana-Namibia binational commission in Gaborone, Botswana.

“Our two countries not only share a common border, but also a common people and heritage. There is a symbiotic and interdependent relationship along our shared borders,” said Geingob.

He urged senior officials to speed up the implementation of using ID cards as travel documents between the two countries.

In 1992, the uninhabited island of Sedudu triggered a border dispute between Botswana and Namibia.

The island is on the Cuando River, which is considered part of the border between the two countries. World Court judges ruled in December 1999 that the island belonged to Botswana.

Relations between Botswana and Namibia are friendly, with the two neighboring countries working together on economic development.