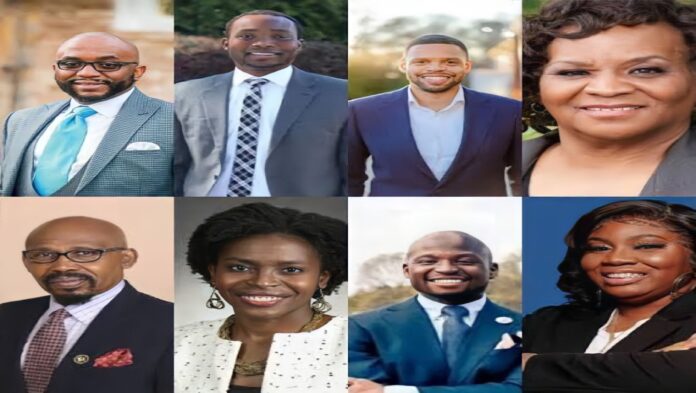 Eight politicians of Nigerian descent won their seats in state elections in Georgia, Pennsylvania and Minnesota on Tuesday night.

This was also confirmed by the head of the Nigerian Diaspora Commission, Abike Dabiri-Erewa, on Twitter.

“These Nigerian Americans won their election in Georgia last night. Congratulations to all the #Proud Nigerians.

Georgia’s general election was held on Tuesday, November 8, 2022, with runoff elections for the undecided races scheduled to be held at a later date.

While Carol Kazeem, also a member of the Democratic Party, ran for Pennsylvania, Esther Agbaje for ran for Minnesota.

Adeoye “Oye” Owolewa is a Nigerian-American politician, pharmacist and member of the Democratic Party.

In November 2020, he was elected to the United States House of Representatives as Shadow Representative for the District of Columbia.

As a shadow congressman, Owolewa was tasked with lobbying for the creation of the capital state; The unpaid position was delegated by DC voters in 1982 but was never approved by Congress.

Although the Nigerian media has erroneously credited him as the first Nigerian American elected to the US Congress, Owolewa is not a congressman.