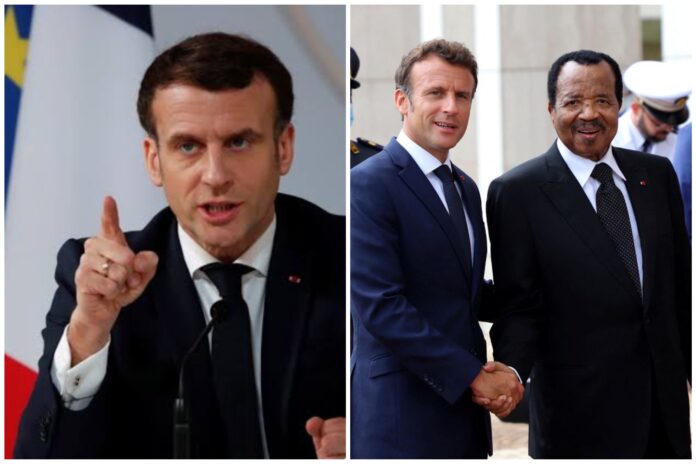 However, his comment hasn’t been well received by some Africans who believe his statement to be devoid of appreciation for Africa’s ability to supply its own food.

Speaking at a news conference in Yaoundé after talks with Cameroonian President Paul Biya, French President Emmanuel Macron, said he was particularly concerned that the consequences of the war between Russia and Ukraine would be felt most severely in Africa, where food and fuel shortages have led to unprecedented price increases.

Unfortunately, the comment by the French president, however noble, has received backlash from some Africans. Africans have criticized his statement, considering that the continent has the world’s largest size of fertile soil and freshwater. They believe that a continent with such resources shouldn’t be dependent on Europe as suggested by Macron.

“France will help African countries deal with the shocks caused by the war by encouraging local investments in agriculture to increase food production.”

Macron did not specify how much money France would provide, but said Cameroon was one of the countries selected for such aid.

The French president said he fully supports a call by other EU leaders for Russia to “immediately stop attacking Ukrainian agricultural facilities and allow the export of Ukrainian grain”.

According to some Africans, the French president made an error in his statement especially since he suggested that Africa needs help from Europe to produce food in reasonable quantity.

According to Eye of the Gambia, Macron chose to ignore the fact that Africa has now become a go-to for Europe as they attempt to solve their energy issues owing to their failed interaction with Russia.

Macron is on the first leg of his journey through three African countries, which also include Benin and Guinea-Bissau.

The EU is finalizing plans to mobilize $634 million to help countries hit by Russia’s war in Ukraine, he said, urging more efforts by Western countries to help Africa copy the fallout from the crisis.

The United Nations has said that Africa depends on Russia and Ukraine for more than 50% of its wheat imports.

Macron said France would not relax in its efforts to stop Boko Haram and the spread of jihadist ideology, and that France would provide military assistance if requested.

The Central African country also faces separatist conflicts that have killed at least 3,300 people and displaced more than 750,000 in five years, according to the United Nations.

Biya said he was pleased with France’s pledges of help, adding that living conditions in Africa would improve once terrorism was tackled and Western countries negotiated an end to the war in Ukraine.