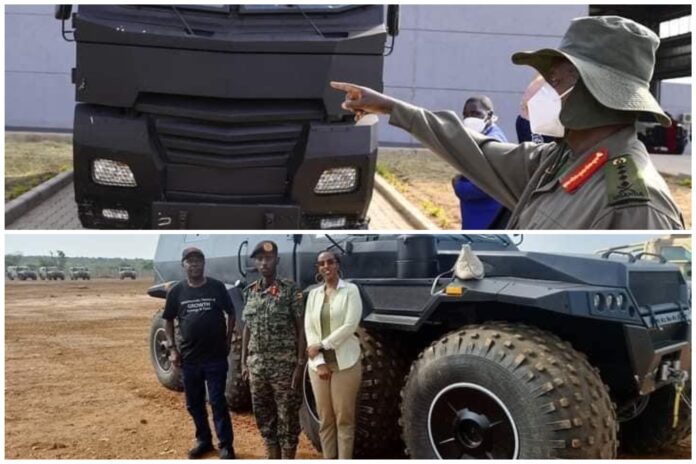 The plant is a joint project of the National Enterprise Corporation (NEC) of the Uganda People’s Defense Forces (UPDF) and the Streit Group, a Uganda-based company that became the United Arab Emirates.

During the televised opening ceremony on July 27, NEC CEO Lieutenant General James Mugira said the project began with a March 2018 meeting, at which Streit President Guerman Goutorov proposed building the factory at the expense of the company.

According to Goutorov, the facility stands as a complete manufacturing facility and not just an assembly. He added that the products that will eventually be made in the facility will carry the proud identity of “made in Uganda.”

He added that Streit would like to share the non-ground vehicle products he is developing, which he listed as unmanned aerial vehicles, communications, armored boats, and cybersecurity.

The president also further declared support and national backing for the organization, he added that the government is available and willing to accommodate their activities.

The Ugandan president explained that the partnership wouldn’t only bring innovation but will also benefit the nation in terms of “technology transfers and local capacity building, to name a few.

He explained that the facility is a great achievement that will help the East African nation cushion the UPDF against irrational arms embargoes which are often imposed on it by developed countries due to their supposed “imperialism.”