Ex Haitian senator, John Joel, Faces Life Imprisonment as he is charged with conspiracy in the murder of Late President 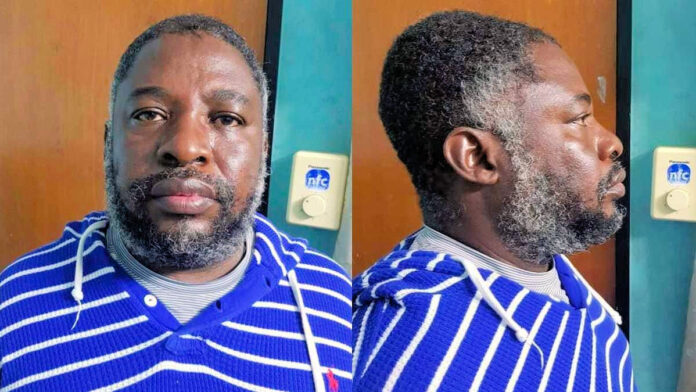 An ex-Haitian Senator, John Joel, faces life imprisonment as he becomes the third suspect charged with the murder of Haiti’s President, Jovenel Moïse.

Recall that the late Haitian president was killed in July 2021 by gunmen who stormed his house in Port-au-Prince.

Among those charged with his murder in the U.S. is the ex-senator who is currently facing charges of “conspiring to commit murder or kidnapping.”

The ex-senator also faces charges of aiding in the provision of materials used in the killing of Mr. Moïse.

The ex-senator was arrested in Jamaica in January; and extradited to the United States of America, where his trial will take place. Interestingly, people see the 51-year-old senator as “a rival” to Mr. Moïse, a title that has proven quite incriminating as he faces trial.

Although the case remains quite controversial due to the issue of “jurisdiction” since several of the alleged co-conspirators met in Miami to arrange the murder, the US Department of Justice claims it has jurisdiction in the case, as alleged by the prosecutors.

A press release highlighted the former senator’s allegations. The idea was to kidnap President Mose by presenting him with an arrest warrant.

However, those allegedly involved, now tagged as “conspirators,” were unable to secure a plane to force the president out of the country, and they killed him instead.

The prosecutors argue that “they accuse Mr. John of obtaining automobiles and attempting to procure guns” to aid the president’s assassination.

They further claim that on the day before the assassination, he met with “several co-conspirators,” after which “many of the co-conspirators departed on the expedition to kill President Moise.”

Just days after Mr. Moïse’s death, Haitian authorities named Mr. John as a key suspect. According to their investigation, he “was instrumental in his ardent desire to assassinate the president.”

According to the investigation, on July 7, a gang of mostly foreign mercenaries – 26 Colombians and two Haitian Americans – broke into the president’s mansion in Port-au-Prince and shot him dead.

A number of individuals have been arrested in Haiti, but the investigation by Haitian authorities appears to be halted, thus all eyes are on the US courts.

Apart from Mr. John; two other suspects face charges of murder or kidnapping in the US.

The two men are Mario Palacios, a Colombian ex-soldier, and Rodolphe Jaar, a Haitian-Chilean businessman.