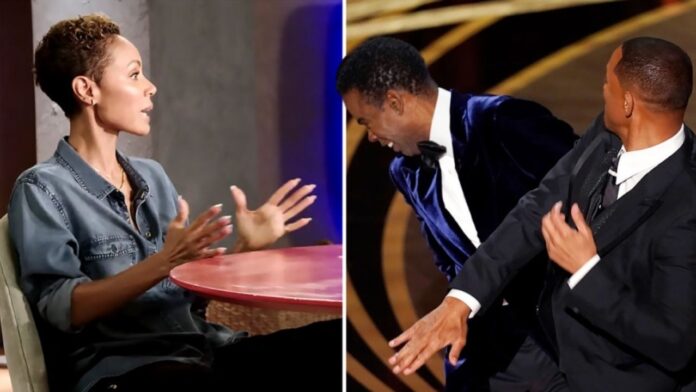 The famous Red Table Talk, owned by Jada Pinkett Smith regularly creates viral moments and the series’ return is no doubt a climax on the pop culture calendar this year especially after the infamous Oscars slap.

The trailer for the brand new season is already out, and though it features an amazing lineup of guests and hard-hitting topics; the preview does not feature nor mention anything about Will Smith or him slapping Chris Rock at the Oscars last month.

It is not surprising that fans are disappointed to see that the family will not be discussing the Oscars slap in the new series, at least from what we’ve seen from the trailer.

The world watched in shock as Smith walked on stage at the Oscars last month to slap comedian Chris Rock over a joke made about his wife’s shaved head.

The jarring incident sent shockwaves throughout Hollywood and continues to dominate pop culture.

The Academy of Motion Picture Arts and Sciences, in turn, banned Will Smith from the Oscars for 10 years following the assault.

Some Comments made by Fans

“You all know what episode people want to see,” reads one comment on the trailer on Facebook.

Another fan added: “Perhaps an interview with her husband might be a start?”

Somebody responded: “Your Dad/Husband/Son in law needs to sit at the Red Table.