“But love will make you do crazy things”- Will Smith slaps Chris Rock at Oscars, wins Best Actor, Apologizes to the Academy. 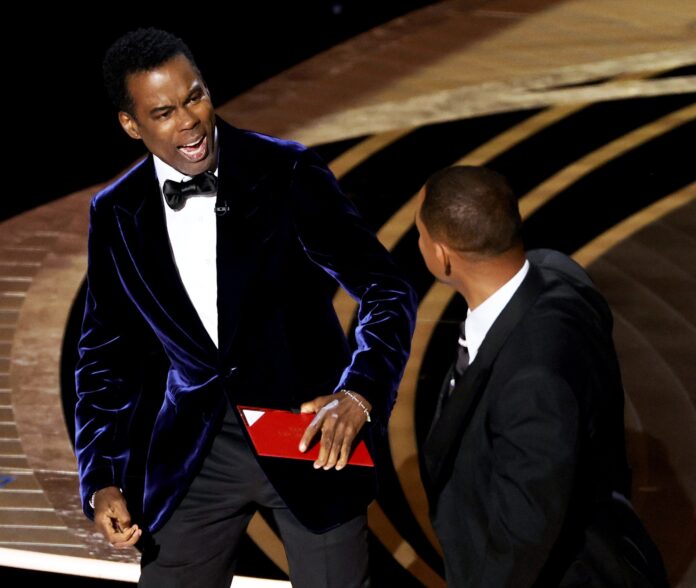 “King Richard” star Will Smith won the Best Actor  for his portrayal as the father of tennis legends Serena and Venus Williams in the movie, King Richard 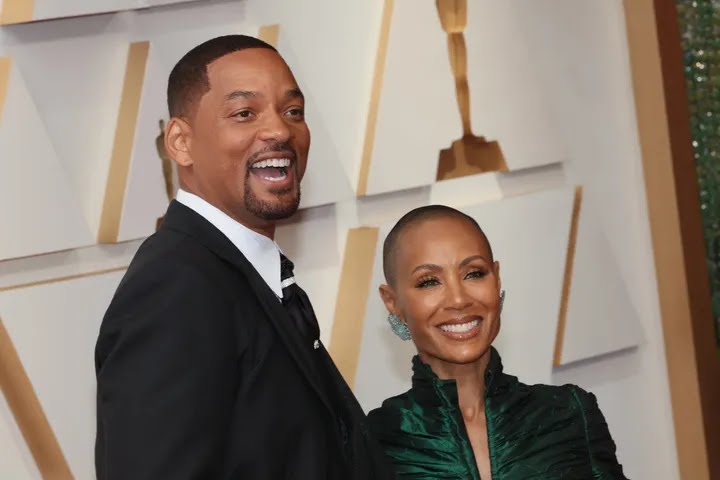 Prior to the announcement of Will Smith’s win at the award ceremony, He walked on stage and slapped the presenter and former Oscars host, Comedian Chris Rock.

Will Slapped Chris Rock on the Oscar stage over a GI Jane joke the comedian made about his wife Jada Pinkett Smith’s Alopecia and hair loss, referencing her shaved head.

Pinkett Smith has been open about her fight with alopecia. In a shocking exchange that was bleeped out on the ABC broadcast;  Smith said to Rock: “Keep my wife’s name out of your fucking mouth!” shortly after was seen on live television slapping the comedian, and returning to his seating position.

In his emotional acceptance speech, King Richard’s star, who was in tears, apologized to the academy and his fellow nominees for the incident, pledging to “be a vessel for love.” 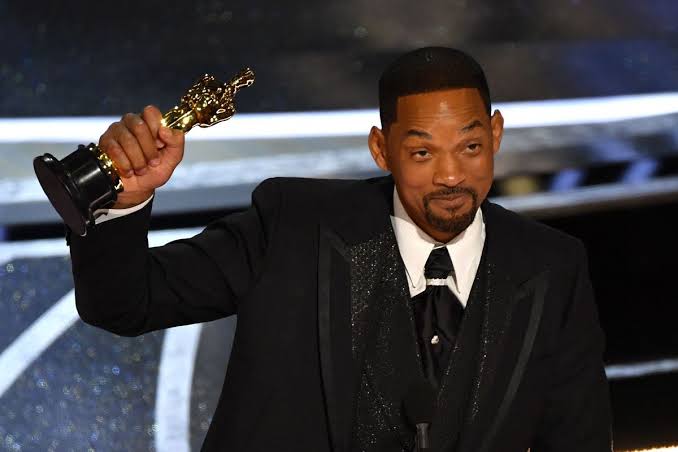 Referring to Denzel Washington, who was seen comforting Smith during a commercial break, he said  Denzel, who was another Best Actor nominee; said to me, ‘At your highest moment, you gotta be careful. That’s when the devil comes for you.’”

Smith also showed gratitude towards; Venus and Serena Williams and their family, who served as executive producers on the film, and called Richard Williams “a fierce defender of his family.”

The iconic actor also joked about how “art imitates life, I look like the crazy father, just like they said about Richard Williams, but Love will make you do crazy things,”

The award ceremony on Sunday was Smith’s third nod for Best Actor at the Academy Awards. Smith was nominated for 2001’s “Ali” and 2006’s “The Pursuit of Happyness.”

This incident has since gone viral with social media having an outburst and debate about it, stirring up conversations about what happened at the Oscars last night.