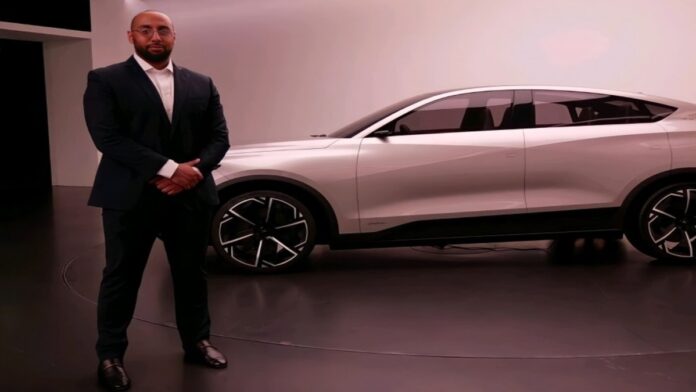 The Moroccan businessman joined forces with his team to create a car that abides by the climate change rules; a reduction in carbon emissions and strict adherence to environmentally friendly regulations.

The NamX car is powered by a patented hydrogen tank which consists of six capsules. Though the car is set to be officially released in 2025, it has managed to gather buzz around its existence.

Its environmentally friendly approach as the world shifts towards clean energy sources makes it an undoubtedly welcomed idea in the world of technology.

Faouzi Annajah, who serves as founder, and president of NamX noted that; “his double ambition is to become a new reference in the world of zero-emission cars, and to constantly explore new territories to facilitate mobility of our consumers.”

Annajah added that; “NAMX is a collective project built with the best industrial and technical partners in Europe and Africa.”

As stated by NamX’s founder, Faouzi Annajah; the project is a European-African one. It boasts of support from renowned stakeholders in both Europe and Africa. One of those whose attention was drawn to the project is Ibrahima Sissoko; founder of over 30 companies; Pierre-Yves Geels, former VP of Strategy of Matra Automotive; Alain Diboine, former Director of the R&D Division at Renault; Mustapha Mokass, clean energy and carbon finance expert, and Raphaël Schoetgen; former Chairman of Hydrogen Europe and international hydrogen expert.

Along with Annajah in the creation of this car was Thomas de Lussac, who co-designed the vehicle. Lussac also serves as the co-founder of NamX. Kevin Rice, on the other hand, serves as Chief Creative Officer of the Italian car design firm Pininfarina. Lussac noted that his biggest inspiration for the design of the vehicle was from watching American science fiction movies.

Importantly, the NamX is Pininfarina’s first car, designed from the back to the front with an eye-catching feature: an X-shaped chassis.

“The NAMX HUV [hybrid utility vehicle] is simply at the center of our DNA: developing the best driving experience to endless mobility, also fitted with flair,” Paolo Pininfarina, President of the Italian design studio, said of the hydrogen SUV.

On May 11, the NamX prototype was unveiled at the Pininfarina headquarters in Cambiano. NamX will also be on display at the forthcoming Paris Motor Show, which will take place between October 17 and 23, 2022.

Besides, Morocco has attracted prominent worldwide automotive firms; especially those interested in developing hybrid and electric vehicles as a leading African automotive hub.

Read also; First Batch of Asylum Seekers from The U.K. To Arrive In Rwanda