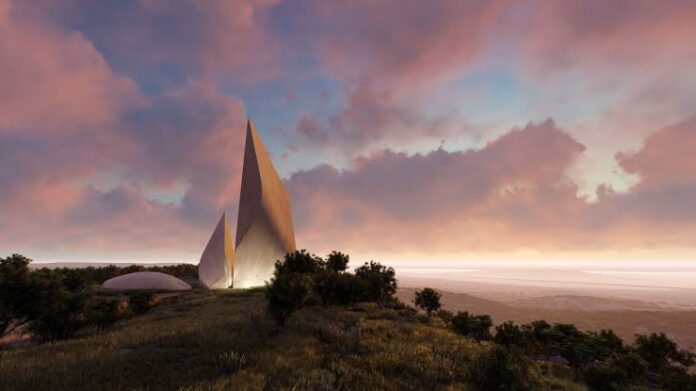 Kenya is expected to soon become the home of one of Africa’s most incredible museums. The plan is to place the Ngaren Museum of Humankind around Lake Turkana in Kenya’s Great Rift Valley. Already, the famous Kenya Rift Valley is a UNESCO World Heritage Site since it is home to the Turkana Boy; known as the most complete ancient skeleton of early man.

The Museum will be celebrating African heritage and roots. It is expected to be constructed to resemble old Stone Age structures; which were constructed with stone tools used by early men. The museum, which was recently commissioned by Dr. Richard Leakey; a paleoanthropologist who discovered Turkana Boy; will be designed by Daniel Libeskind’s firm, Studio Libeskind.

To take a first look at the site and interact with those who are tasked with the responsibility of making this structure a reality; Leakey and Libeskind went to Kenya together. Both were briefed on the area and the cultural impact the site now holds, while Libeskind got a first look at Leakey’s vision for the museum.

While speaking to The Independent about the Museum Leakey mentioned his intentions. He claimed that he had taken Libeskind, the famous designer, to Turkina to catch a glimpse of the area and listen to him “chat.” The paleontologist stated that he proceeded to ask Libeksind if they could “do something here that will absolutely stand alone and wow?’” To this question, Libeskind’s response was an “immediate” yes.

Ngaren will house objects such as plant and animal fossils, as well as discoveries such as ancient tool fragments. But Leakey wants to give tourists a modern experience.

“Maybe we would rather not exhibit the original [fossils] at all. Why don’t we have a room where you come in wearing a 3D headset and sit quietly in the middle of a band of Homo erectus moving all around you? “That’s much more interesting than a skeleton of Turkana Boy behind glass,” Leakey shared with The Independent.

Leakey launched an internet fundraising effort for Ngaren, which has so far raised $4.06 million of the $7 million goal. The team working on Ngaren aims to break ground in 2022 and open in 2024; though it’s uncertain whether the project will continue forward or not if funding attempts fall short of the $7 million objectives.