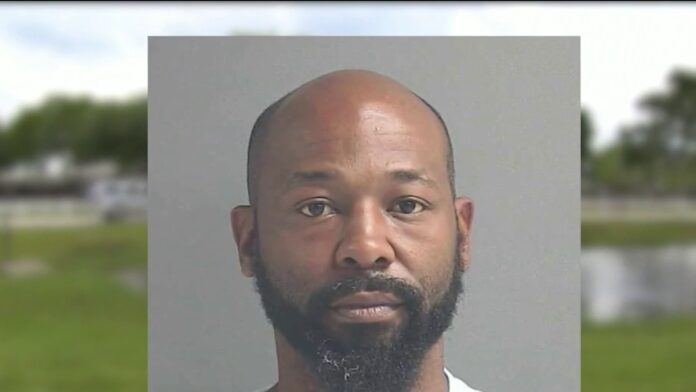 A video of a black school monitor in Florida lifting a student in the air by his neck and pushing him several times at a Kissimmee school has gone viral.

Chris Ferguson, who was filmed slamming a student to the ground after he confronted the teen for using the N-word in the classroom, has been charged in connection with the incident, authorities said.

An Osceola County Public Schools spokesperson said Ferguson had only started working in the district as a campus monitor one week prior to the March 28 incident and resigned on Monday.

According to ClickOrlando, the March 28 incident occurred at Tohopekaliga High School in Kissimmee. The accused, identified as 26-year-old Chris Ferguson, was arrested in the aftermath of the incident.

Witnesses told law enforcement the incident happened a little before 3 p.m. and Ferguson overheard the conversation using the derogatory word while the kids were on in-house suspension. The adult approached the young person and told him, “He could not speak like that.” before telling him to leave the room.

When school was over, Ferguson overheard the student telling his girlfriend that the 26-year-old man was “in his feelings.” This was the alleged trigger, prompting the monitor’s violent response.

Authorities said Ferguson, who weighs 350 pounds and is 6 feet, 6 inches tall, then went ahead to grab the student “by the shirt and neck and lifted him up to the ceiling, leaving red marks over his neck and chest area.” He also slammed the student to the ground before shoving the teen numerous times.

In a cell phone video of the incident provided by the Osceola County Sheriff’s Office, the monitor could be seen shoving the student several times after dropping him to the ground.

Officials said the student was taken to the school nurse’s office, but the extent of his injuries has not been disclosed.

The student’s mother was contacted after the incident occurred and chose to press charges against Ferguson, officials said.

Though the child’s race is unknown, parents say they don’t condone the school monitor’s actions, but they understand the sensitivity of the situation.

Ferguson has been charged with child abuse without great bodily harm and was bonded out after being booked in Osceola County jail.