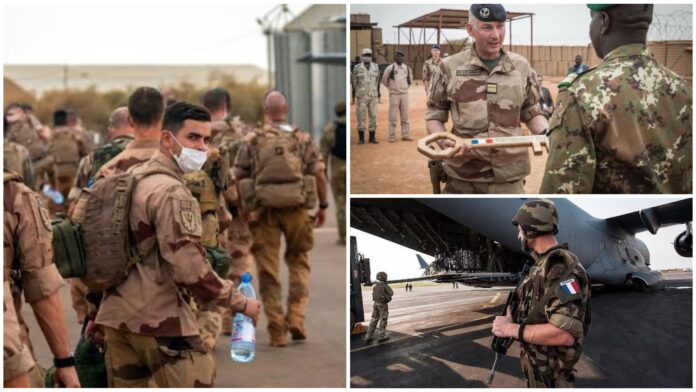 According to the French government, its last troops have officially left Mali, completing a withdrawal that ended a nine-year operation in the country at the center of the Sahel’s growing security crisis.

In a statement on Monday, the French army said it had dealt with the “great military logistical challenge” of the withdrawal “in an orderly and safe manner”.

The pullout comes amid strained relations between Paris and Bamako, which has increasingly turned to Russia in response to armed groups linked to ISIS (ISIL) and al-Qaeda. These groups have expanded their reach as they vie for control in the struggle in the central region of the country.

The French military statement used the official name of the main French operation in the area, Barkhane force, which was launched in 2014 in collaboration with Burkina Faso, Chad, Mali, Mauritania, and Niger, as armed groups in the arid center of Mali became more active.

“Today at 1 pm Paris time [11 am GMT], the last contingent of the Barkhane force still in Malian territory crossed the border between Mali and Niger,” the statement read.

France originally intervened in the country at Bamako’s request in 2013 as part of Operation Serval in response to an offensive by the ethnic Tuareg separatist movement in the north of the country, which was allied with an al Qaeda affiliate.

“France remains dedicated to the (wider) region of the Sahel, Gulf of Guinea, and Lake Chad, with all partners committed to stability and the fight against terrorism,” the French Presidency said in a statement on Monday.

Niger is now becoming a hub for French troops in the Sahel, with around 1,000 troops stationed in the capital Niamey, along with warplanes, drones and helicopters, French officials told reporters last month. Another 300 to 400 would be sent to the border regions with Burkina and Mali for special operations with Nigerian troops.

Some 700 to 1,000 French troops are also stationed in Chad, with an undisclosed number of special forces operating in other parts of the region, officials said, adding that French troops will no longer carry out missions or pursue armed groups in Mali once they leave. is completed.

In February, France had around 2,400 troops and several bases in Mali when it announced its withdrawal, which also included the end of the smaller French-led EU force called Takuba, which operated near the Niger-Burkina Faso border.