UK To Cut Import Taxes On Goods From Africa 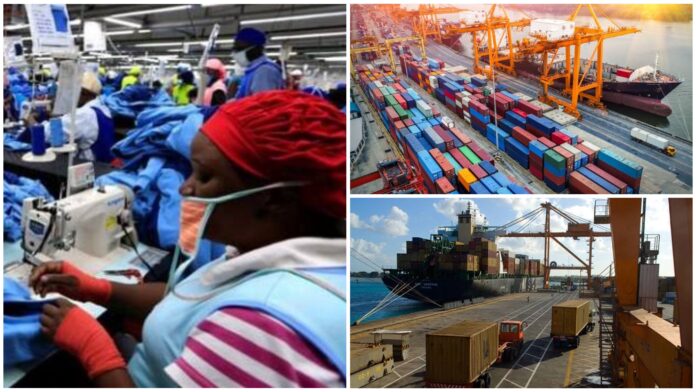 The United Kingdom, through a new trading system, will now cut import taxes on hundreds of products from African countries to increase trade ties.

The trading system for developing countries takes effect in January and is based on a system that the UK first participated in when it was a member of the European Union.

Goods such as clothes, shoes and food that are not manufactured on a large scale in the UK benefit from lower or no tariffs and the program covers 65 developing countries.

It adds to the thousands of products that developing countries can already export to the UK tariff-free and will affect around 99% of goods imported from Africa.

The Department for International Trade said the work was part of a broader UK effort to use trade to “promote prosperity and help eradicate poverty” as well as reduce aid dependency.

The system includes the power to suspend a country for violations of human rights or labor rights, as well as for failing to meet its climate change commitments.

According to International Trade Secretary Anne-Marie Trevelyan, “As an independent trading nation, we are regaining control of our trade policy and adopting choices that benefit British enterprises, lower living expenses, and support economies of developing nations all over the world.

Companies in the UK can anticipate fewer red tape and reduced expenses, which encourages them to import goods from poorer nations.

Many products, from textiles to fruit, in 65 of the world’s poorest countries already benefit from reduced or tax-free tariffs when sold in the UK, making them more attractive.

It also simplifies the rules by which items, such as some textiles, for example, are eligible for preferential treatment.

The changes could save importers millions of pounds – although the price savings to consumers, even if passed on in full, could be marginal.

When aid to developing countries is reduced, the program underscores a government policy of using trade instead.

The scheme will remove some seasonal tariffs on produce such as cucumbers that cannot be grown in the UK during winter, making them tax-exempt for most countries under the scheme during that time.

It also simplifies trade rules, such as rules of origin, which determine the proportion of a product that must be manufactured in its country of origin.

It was a “game changer,” according to Mohammed Jabbar, CEO of Bangladeshi textile company DBL Group.

“[The changes] mean we can source our cotton from many more countries than before, which will make the business more competitive and our supply chains much more resilient,” he said.