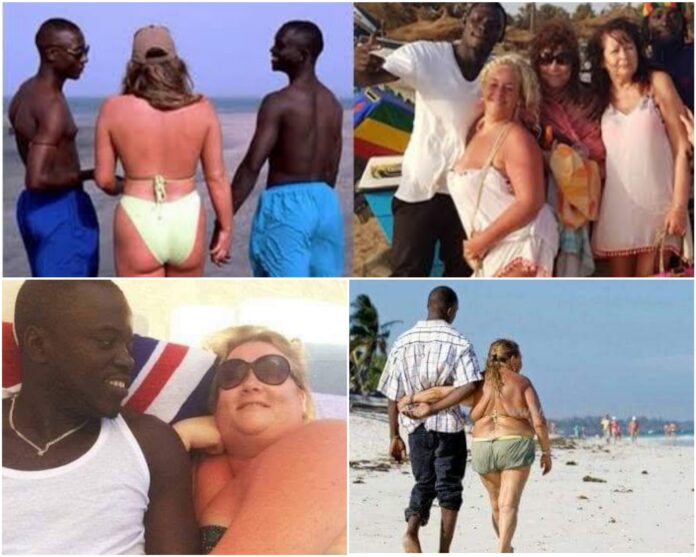 The Gambia wants to encourage “quality tourists” to visit the country, rather than just visiting British grannies in search of sex, which has become a serious problem in the country.

Speaking to The Telegraph, the director of the Gambia Tourism Board, Abubacarr S. Camara, said the authorities have had enough and want tourists to enjoy the country and its culture, “not tourists who come just for sex”.

He said the government is targeting high-profile tourists and millennials, as opposed to older Brits.

Tragically, the incentive for Gambian men to sleep with these old ladies, who also hail from countries such as the Netherlands, Sweden, Belgium, and Germany, is largely the country’s lack of jobs and low wages.

Known locally as “busters”, the men scour the beaches in search of older women they hope will take them to Europe for a better life. Speaking to moderators of the YouTube channel The 77 Percent, a man from The Gambia said children as young as 9 are being chased by tourists.

Despite this, some British women are not ashamed of their sexual escapades. Speaking on This Morning in 2019, sisters Jackie Simpson and Julie Ramsey, in their 60s, explained how they traveled to The Gambia more than 15 times, fell in love and had several friends “who all say are 36”.

The Gambia’s former dictator, Yahya Jammeh, is often blamed for the struggling economy and has been accused of sexual abuse. But the country’s new government is committed to reducing the number of boys and girls who prostitute themselves because of poverty.

They could even introduce a new law to make it easier for the police to arrest young men and old ladies who are believed to be in relationships.

Tourist representatives visited the UK in June to talk to TUI and British Airways about increasing flights from London to Banjul, the Gambia’s capital – but not to encourage sex tourists further.