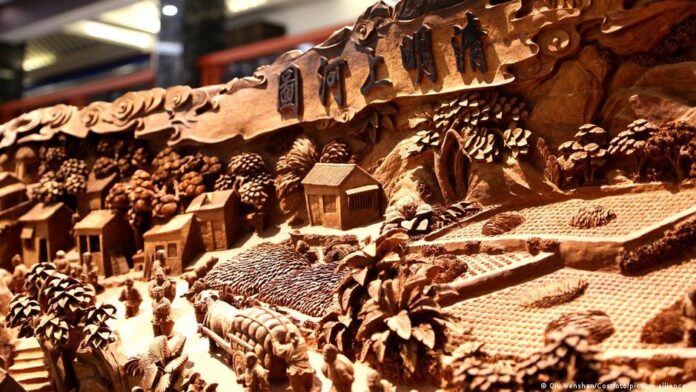 The Gambia has banned all timber exports to curb rampant illegal logging and protect the endangered African rosewood.

Rosewood is one of the most traded wildlife commodities in the world, largely due to high demand from China, where the wood is used to make high-quality antique-style furniture.

Trade of this special breed of timber is widespread across West Africa, where forests have been decimated and soils degraded.

According to the Environmental Investigation Agency, an international NGO, between 2017 and 2022, China imported more than 3 million tons of rosewood worth at least US$2 billion from West Africa.

In addition to banning all timber exports, The Gambia has revoked all export licenses.

Haidar el Ali, Senegal’s former environment minister and former director of the country’s reforestation agency, said The Gambia has banned rosewood exports in the past, but the laws are rarely enforced.

He said that every time the wood stocks are empty, they say they are going to ban exports because in reality there is no more wood to export. He added that as soon as traders replenished their deposits, exports resumed, if not, the rosewood trade will only end when the last tree is felled.

The Gambia’s latest ban comes a month after the Convention on International Trade in Endangered Species of Wild Fauna and Flora, known as CITIES, suspended all international trade in West African rosewood.

The ruling applies to all 184 member states of the convention, including China.

“That’s one of the strengths, the power of the decision of CITIES—which importers and exporters must comply,” said Raphael Edou, Africa program manager at the Environmental Investigation Agency and former Benin environment minister.

“So even if we have some hesitation from The Gambia, we know there is no escaping that decision now,” the minister mentioned.

Although The Gambia’s rosewood stocks are almost depleted, the country remains a top exporter. The wood is mainly transported from the Casamance region of Senegal, where the illegal trade is funding a violent separatist movement.

Seydi Gassama, director of Amnesty International Senegal, said that because of this uprising, state water, and forest authorities fighting illegal logging are no longer willing to descend upon Casamance’s forests.

According to local reports, separatist rebels are also levying taxes on exported logs.

Recall that thousands have died since the conflict between the government and separatists began in 1982, and a March outbreak displaced thousands. The conflict is one of the oldest in Africa.