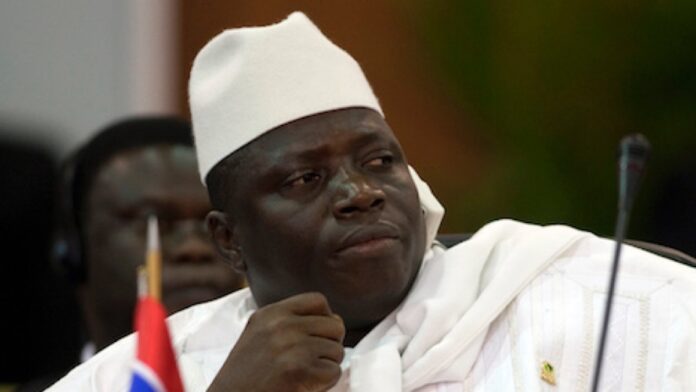 The Gambian government says it is prepared to prosecute former dictator Yahya Jammeh.

For over two decades, Jammeh ruled the Gambia with several reports claiming that he was to blame for the deaths of dozens of people among other crimes he was accused of.

The government’s decision to move to trial comes after a commission investigating the era issued recommendations in November 2021, “including the prosecution of former President Yahya Jammeh for a multiplicity of crimes committed between 1994 and 2017,” according to a Justice Ministry statement.

According to reports, the 57-year-old former ruler lives in exile in Equatorial Guinea. Unfortunately, both nations do not have an extradition treaty which proved quite difficult in attempting to prosecute Jammeh.

However, the Gambian justice minister, Dwada Jalloh, revealed that a “special prosecution” office will be created to address this, as well as the government’s decision to create a special court within its existing system for such a delicate matter.

The minister revealed that “this court (referencing the proposed court), will be established in the Gambia, with the option of holding hearings in other jurisdictions.”

The Gambian authorities had until Wednesday to respond to a commission’s report and recommendations on wrongdoing between July 1994 and January 2017, when Yahya Jammeh, a lieutenant who came to power in a military coup, ruled the country.

The commission found that between 240 and 250 individuals died at the hands of the state and its agents under Mr. Jammeh, after hearing 393 incriminating or painful testimonies from victims and accused offenders.

Deyda Hydara, an AFP correspondent and a prominent national media figure, was among those killed by the regime’s “bushmen” on December 16, 2004.

The commission recommended that Yahya Jammeh and 69 other men are held accountable in its November 2021 report.

Recall that the Independent Truth, Reconciliation and Reparations Commission (TRRC) was set up when Jammeh left the Gambia for exile in Equatorial Guinea after refusing to accept defeat in a 2016 election.

The commission’s report, which was handed to President Adama Barrow earlier in 2021 after a three-year investigation into the excesses of the Jammeh era based on testimony from hundreds of witnesses, was only made public in December 2021.

The commission urged that the perpetrators of the abuses be brought to justice. Jammeh and his spokesman were unavailable for comment.

The commission blamed Jammeh for the deaths of several people including that of journalist Deyda Hydara in 2004, seven civilians in 2000 and 59 West African migrants in 2005. The report also claimed that he was responsible for the rape or sexual abuse of three women, according to the commission.

In its report, the commission recommended “prosecuting Yahya Jammeh and his co-perpetrators in an Internationalized Tribunal in a country in the West African subregion.”

Amnesty may be extended to anyone who confessed to misconduct and showed regret during the TRRC investigation. Within six weeks, a decision on requests will be made.