5 Ways to Make Money in Africa from Blockchain Technology 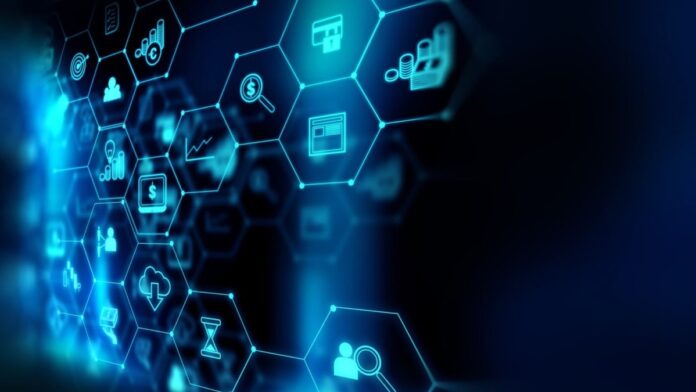 While people are already profiting from making money from blockchain technology in Africa, a few others are still trying to figure out how it works.

If you’re among those still trying to figure out ways to make money in Africa from blockchain technology, then this article is for you because it will show you five easy ways on how to go about it.

Please note that these suggestions are based on in-depth research from reputable sites like Investopedia, Business Insider Africa, and CoinDesk, among others.

Companies are investing so much money in the technology because of its potential to disrupt so many industries, according to RMB Foundery’s Theodore Bohnen.

It is one thing to learn about blockchain technology, but how do you generate money from it in Africa?
Every day, millions of individuals all over the world learn more and more about this.

We keep hearing stories of how people are making life-changing profits and raising their living standards as a result of blockchain technology, but grasping how one can also benefit from this can sometimes look like a struggle for many.

But before we give you the 5 easy ways to make money in Africa from Blockchain technology, let us first discuss the meaning of this term.

What is Blockchain technology?

According to Investopedia, a blockchain is a distributed database that is shared among computer network nodes.

It acts as a database, storing information in electronic form. Blockchains are well known for their critical function in keeping a secure and transparent record of transactions in cryptocurrency systems like Bitcoin.

The blockchain’s uniqueness is that it ensures the accuracy and security of a data record while also generating trust without the requirement for a trusted third party.

How Does a Blockchain Work?

The purpose of blockchain is to enable the recording and distribution of digital data without the ability to modify it.

In this approach, a blockchain serves as the foundation for immutable ledgers, or transaction records that can’t be changed, erased, or destroyed. Blockchains are also known as distributed ledger technology because of this (DLT).

The blockchain concept was first presented as a research project in 1991, much before its first mainstream deployment, Bitcoin, in 2009.

The creation of numerous cryptocurrencies, decentralized finance (DeFi) applications, non-fungible tokens (NFTs), and smart contracts has skyrocketed the use of blockchains in the years thereafter.

In numerous ways, blockchain technology delivers decentralized security and trust. To begin, new blocks are always organized in a linear and chronological order. That is, they are always added to the blockchain’s “end.”

It is exceedingly difficult to go back and change the contents of a block once it has been appended to the end of the blockchain unless a majority of the network has agreed to do so.

That’s because each block has its own hash, as well as the hash of the block preceding it and the time stamp described before.

Let’s imagine a hacker wants to change a blockchain and take cryptocurrency from everyone else. If they changed their single copy, it would no longer match the copy of everyone else.

When everyone else compares their copies, they’ll notice that this one stands out, and that hacker’s version of the chain will be discarded as invalid.

The expense of pulling off such a task would almost certainly be impossible, given the scale and speed with which many cryptocurrency networks are growing.

This would be not only extremely costly but also futile. Such actions would not go unnoticed by network participants, who would detect such significant changes to the blockchain.

Members of the network would then hard fork to a fresh version of the chain that was not affected. This would cause the value of the attacked token to collapse, rendering the attack futile because the bad actor now controls a worthless asset.

It is designed this way so that participating in the network is significantly more financially rewarding than attacking it.

With this explanation, here are 5 simple ways to make money in Africa from blockchain technology:

Crypto mining is one of the most profitable ways to make money in Africa with blockchain technology.

In this industry, skilled Africans can earn money and receive prizes for finishing blocks. Mining is the process of confirming and validating bitcoin transactions in exchange for tokens and other rewards.

These transactions safeguard the security of the bitcoin network while also compensating miners with digital money. You can generate digital currency as a passive income without staking money if you’re proficient at crypto mining.

The most interesting aspect of digital currency incentives is that when bitcoin prices exceed the cost of mining, the price rises.

Due to the high-end equipment required to set up a rig from the start, many Africans do not mine cryptocurrency.

As a result, you can make a reasonable living utilizing this blockchain method without having to leave Africa. Without any educational credentials or background, you can earn digital currencies as rewards with fewer electricity bills and beginning money.

Another easy way to make money in Africa from blockchain technology, according to emerginged, is by cooperating or joining bitcoin companies.

While blockchain delivers innovation to a variety of industries, it also allows qualified Africans to make a fair living.

Working for a cryptocurrency firm can be profitable, and Africans can reap the rewards without ever leaving the continent.

The plan is to work with a crypto company because the industry is open to various types of people. Most crypto companies hire remote workers with flexible hours, which makes it great for Africans.

So, regardless of where you live, whether in Nigeria, Ghana, Cameroon, Tanzania, Zambia, Congo, or South Africa, you may make a decent living from the blockchain.

Determine how you can provide important expertise to crypto companies and seek collaboration.

While Africans are paid in fiat, they are also paid in digital currencies.

Earning money by playing cryptocurrency games is a viable revenue source for blockchain industry players, according to Go Banking Rates.

The business is continuously changing and offers qualified Africans a lucrative source of income. This approach is a way to get money from the blockchain if you’re an intermediate or advanced player of online games.

The goal is to create an account on a cryptocurrency platform to play games like Axie Infinity, Alien Worlds, Decentraland, Zed Run, SandBox, and others.

These blockchain-based projects are games that Africans can play to make money.

Cryptocurrency faucets, according to 99 Bitcoins, are a profitable and quick way to make a career in the blockchain business.

Crypto faucets are websites that distribute digital currency in exchange for completing a simple activity.

Crypto faucet owners get a passive income in the business by posting advertisements on their websites, despite the minimal payouts.

Signing up for a Bluehost account will allow you to create a faucet in less than 10 minutes. To prevent third parties from taking your information or rewards, consider using a faucet WordPress plugin.

Digital currencies flow into your wallet in the same way that water does from your kitchen faucet.

Operating crypto master nodes, according to Coin Desk, is a lucrative and passive way to make a reasonable living with blockchain technology.

While cryptocurrency master nodes have grown in popularity, they are complicated, versatile, and rewarding.

A node is a device that provides operational assistance within a network. Despite their differences in kind, nodes have distinct capabilities and duties, as well as particular permissions and operations.

In bitcoin networks, a master node serves as a regulating hub for transaction validation. Master nodes are computer wallets that keep real-time records of all blockchain transactions, making it a lucrative passive income opportunity for competent Africans.

You can make a good living in this field if you know how to operate master nodes.

Africans have the potential to make a lot of money with blockchain technology, but they must first learn what it is and how to profit from it.

Mining, cooperating with crypto firms, and using faucets are all ways to get money. You can also earn money by operating master nodes and by playing games.

The new industry is profitable and capable of generating a fair revenue. Now that you’ve learned about the greatest methods to profit from blockchain technology, it’s time to examine all of your alternatives so you can live your best life.

Consider researching each method before choosing one and implementing it.