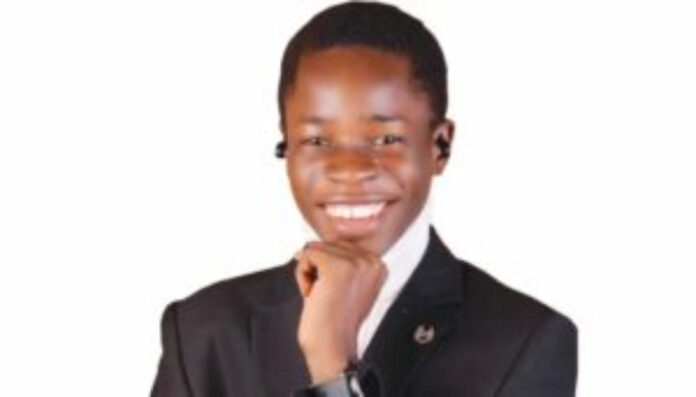 16-year-old Nigerian programmer, JOHN OSENI, recently got hired by an Italian firm. The talented programmer got the job of a programmer for a top Italian firm, with benefits running into millions. After trending on social media for days, he granted an interview to Punch, where he revealed several things about his background and journey as a programmer.

“I made my first N1m last year at 15,” the boy genius said, revealing his background as a developer, and his parents’ uncomfortable approach towards his attachment to his computer. “I am the fourth child in my family. My dad is a professor of Biochemistry and my mum is a retired civil servant,” he added.

Oseni also revealed his experience as a developer, stating his work experience with at least 16 “Tech start-ups across the world.” Like many young geniuses, he has a dream to do the impossible. During the interview with Punch, he expressed his dream of looking into the possibility of a future powered by nature. The news of global warming and climate change influenced his choices. He adds that he hopes to use “nature to power cars, phones, and other things.”

John Oseni’s new firm is yet to be registered, he has had the opportunity to work with a team in the United States of America, Canada, and Nigeria.

In what was an attempt to inspire many; Oseni mentioned that he does not possess a Certificate in programming. Correcting the famous idea propagated by Nigerian media; Oseni claimed that he works for two Italian firms, “Flywallet and Cryptonite.”

Oseni’s Journey As a Programmer

The 16-year-old’s journey started in Akure, Nigeria where computer science where he learned computer science. After teaching dozens of students, a competition came up and Oseni came first. While he was expecting a price, Oseni claimed he didn’t receive any until he took a courageous step. The bold young man went ahead to his tutor’s demanding his price. Though he didn’t get the price, he got something even better.

On demanding his price, Oseni saw his tutors “had some dusty laptops I could use to learn programming language,” he stated. Oseni didn’t receive his gift, but he found himself with a choice, and he made the right one. “I asked them to allow me to use one of the laptops, and they agreed, for one day, though,” he added.

The journey with his said tutors didn’t last long as they demanded he paid the sum of N160,000. Sadly, he could not afford this and instead pleaded for one more week. After a week, he resulted to helping the training center, where he sharpened his skill. “As time went on, I got to know more about blockchain and started getting referrals,” Oseni said.

The 16-year-old Nigerian programmer has since made millions from his skills. In his words. “I have made millions, more than N10m. I once received N5m in bulk while other payments came monthly.”

Read also; How To Make Money Online In Egypt