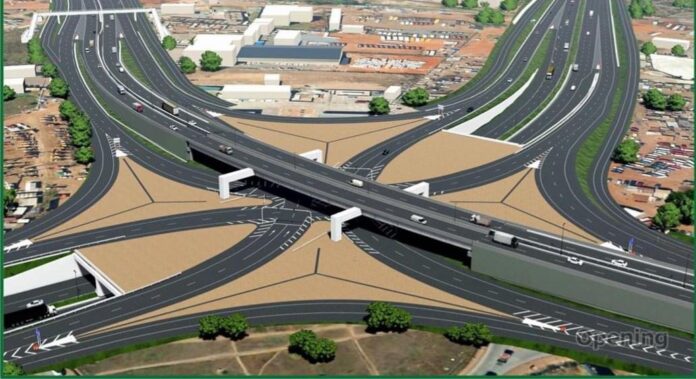 Ghanaian lawmakers have approved a government plan to borrow up to $750 million from the African Export-Import Bank for the 2022 budget and the completion of key infrastructure projects.

The Infrastructure projects include;

The vote by the country’s parliament removes a major obstacle for President Nana Akufo-Addo’s government to advance budget projects and stabilize finances after losing access to the international capital markets earlier this year.

The facility is the first part of the $1 billion loans the government plans to release to the budget this month. Lawmakers are still considering the second part, $250 million in syndicated loans from other international banks, Kwaku Kwarteng, chairman of the parliament’s finance committee, said by phone.

Also, read; Africans Who Have Won Medals So Far at The World Athletic Championships

The loan proceeds are expected to give West Africa’s second-largest economy room to reduce domestic debt and put it in a stronger position to support the local currency, which has lost 25.6% of its value against the dollar this year, making them the worst artists in Africa.

Ghana reversed course to apply for an International Monetary Fund-funded program earlier this month after a decision earlier this year to cut budget spending by as much as 30% failed to stem a sale on its international bonds.

The yield on Ghanaian dollar bonds due 2032 fell 62 basis points to 21.2% on Wednesday. The premium investors demand on US Treasuries to hold Ghana bonds is currently 1,894 basis points, according to JPMorgan Chase & Co. Euro bonds.

Ghana’s recent debt woes have been fueled by a broad banking sector bailout, energy sector loans, the impact of the coronavirus pandemic, and the fallout from Russia’s invasion of Ukraine, pushing its debt ratio to 78% of gross domestic product at 62.5% before five years.

The country expects to receive about $1.5 billion from the IMF program to improve domestic policies already in place.