Guinea Stripped of Hosting Rights for 2025 Africa Cup of Nations 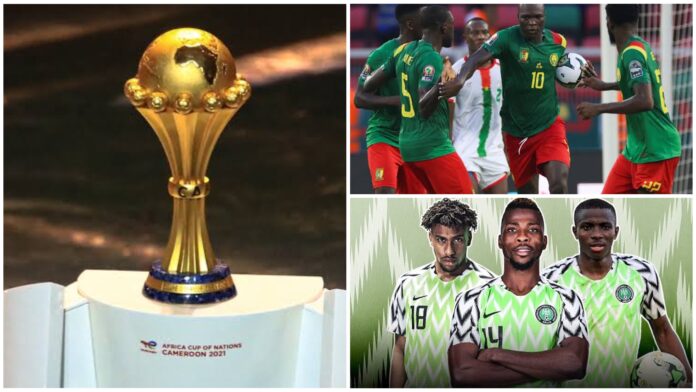 The Confederation of African Football (CAF) has announced Guinea’s exclusion from hosting the 2025 Africa Cup of Nations.

“Based on the report presented, the Executive Committee unanimously decided to withdraw the tournament from Guinea.

“The president suggested sending a delegation to Guinea to inform them of EXCO’s decision.

“Decision: The Executive Committee has decided to send a delegation to Guinea to inform them of CAF’s decision to withdraw the 2025 African Cup of Nations from Guinea,” CAF said in a press release made available to the media.

Also, read; Sudden Change Of Government In Burkina Faso as Military Leader Gets Ousted in Second Coup this Year

Nigeria Football Association President, Amaju Pinnick said Nigeria is working with the Republic of Benin in a bid to host the tournament.

“We are preparing an offer to co-host the tournament with the Republic of Benin,” Pinnick told the media on Tuesday.

“The Minister of Sport gave his approval to the request.

“It is high time for Nigeria to host an international tournament as there are many benefits associated with holding such competitions.

“There are many countries that apply for the competition; We are confident that the contract will be awarded by CAF.

“We are working with the Ministry of Sport to ensure Nigeria gets the right hosting.”

Nigeria has hosted AFCON twice; the first in 1980 and the second in 2000 in co-host with Ghana.

However, this will be the first time the Republic of Benin will host if CAF approves the offer.

Meanwhile, CAF has yet to announce that the nation will replace Guinea as the host of AFCON 2015.