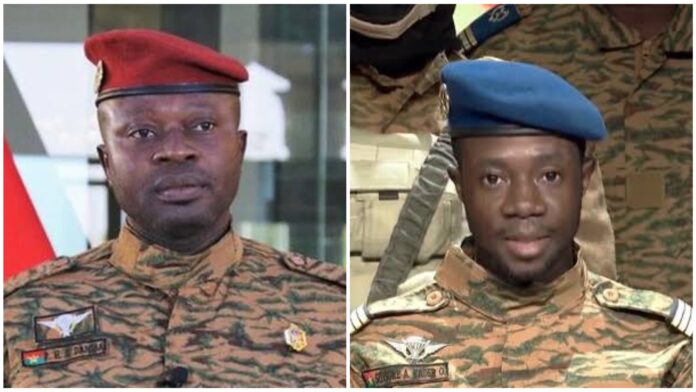 Traore said a group of officials who helped Damiba take power in January decided to remove their leader because he had failed to deal with a growing Islamist insurgency. Damiba deposed former president Roch Kabore in January for the same reason.

The constitution was suspended and the transition charter dissolved, borders closed indefinitely and all political and civil society activities halted, Traore said. He declared a curfew from 21:00 GMT to 05:00 GMT.

“With the situation deteriorating, we have tried several times to get Damiba to reorient the transition to the issue of security,” read the statement, signed by Traoré and read by another officer on television, flanked by a group of soldiers on military service. heavy clothing and armor.

The statement said Damiba rejected the officers’ proposals to reorganize the army and instead continued with the military structure that led to the downfall of the previous regime.

“Damiba’s actions gradually convinced us that his ambitions undermined what we set out to do. We decided today to remove Damiba,” he said.

Soon, national stakeholders will be invited to adopt a new transition charter and nominate a new civilian or military president, he said.