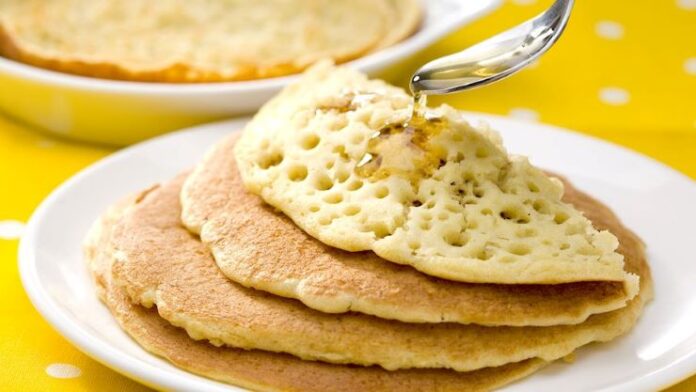 These traditional African desserts are so delicious that you might not want to share with anyone when enjoying your sumptuous meal.

You can be rest assured that you are in for a sumptuous recipe ride with the 7 traditional African desserts.

Koeksister is a sweet, sticky dessert from South Africa and it is also one of the most tastiest African desserts ever. It is made by deep-frying braided dough strips in oil and drenching them in a cool syrup of sugar afterward.

These gooey sweets are available nowadays in most supermarkets and are offered on all of South Africa’s main thoroughfares. Before eating, it is advised to sprinkle them with cinnamon or lemon juice.

Although there are other ways to make Egyptian umm ali, the most common method involves cutting up bread or puff pastry and combining it with sugar, milk, and coconut flakes.

Usually, cinnamon, raisins, and pistachios are added to the mixture before baking it in the oven until the top turns golden brown. You can either serve this dessert warm or cold.

The name of the meal, which translates to “Ali’s mother,” alludes to a 13th-century tale that the dessert was made by Sultan Ezz El Din Aybak’s wife as a gesture of jubilation and subsequently distributed to the populace.

Typically associated with Morocco, these crescent-shaped biscuits are also present in Algeria and Tunisia under various names and in somewhat varied shapes.

Although their name means “gazelle ankles,” they are more commonly referred to as “gazelle horns.”

They are made of a delicate pastry shell encasing a delicious almond interior with a cinnamon taste.

The pastry crust and the filling are frequently enhanced with orange blossom water. The cookies may be sprinkled with sugar or optionally covered in crushed nuts before being dipped in orange blossom water, in which case they are known as kaab el ghazal m’fenned.

Related post: 10 Most Popular African Plant based and Vegan Dishes

A traditional Moroccan meal called Seffa is frequently served during celebrations and other special occasions. It is made out of either couscous or vermicelli noodles, a savory-sweet onion sauce, and a sugar, cinnamon, raisin, and almond-studded topping.

Given the many ways Seffa can be prepared, it is common to see chunks of chicken in the meal.

The meal is typically served as a side dish and is relatively simple to make. Seffa is supposed to go well with warm milk glass.

Malva pudding consists of a pudding base covered in a sweet, creamy sauce made of butter, sugar, vanilla, cream, and water.

Although some claim that the name derives from the fact that the pudding once contained Malvasia wine, it is generally accepted that the dish is called malva pudding after the Afrikaans word malva, which means marshmallow and alludes to the similarities between marshmallows and the texture of the pudding.

Chebakia is a Moroccan pastry that is prepared by arranging dough strips into a floral pattern. It is chewy, crispy, and fragrant.

Then it is cooked, drizzled with honey, and dusted with sesame seeds. This delicious dessert is often served with harira and is customarily prepared during the month of Ramadan.

Chebakia preparation requires a lot of time and effort, thus Moroccan women frequently enlist the aid of their mothers, sisters, or friends to make huge batches of these sweets.

Creamy and sweet, melktert is a South African dessert consisting of a pastry crust filled with a combination of sugar, flour, eggs, and milk.

The name melktert means milk tart. The dish can be served either hot or cold, and it is recommended to sprinkle it with powdered cinnamon or cinnamon sugar on top.