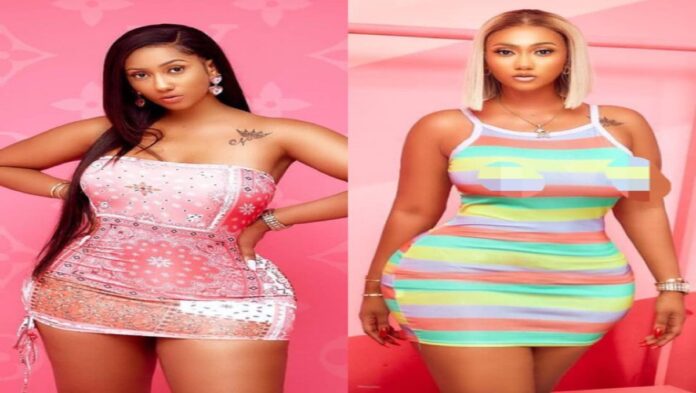 According to Ghanaian newspapers, she was arrested on Friday November 11, 2022 for a suspicious transaction during her recent stay in the United States.

Blogger Olele Salvador announced that Hajia4real was arrested through a US-UK collaboration for being on the US “red list” for some time, adding that she has been interrogated so far.

Hajia4real is reported to have already been banned from the United States and her Instagram activity over the past few days shows that she may be under scrutiny, especially when she finally deleted some of the posts. Some Ghanaian media reported that Hajia4real was a “broker” for some online scammers.

Hajia4Real was in the UK for the UK 2022 Ghana Music Awards in October and has yet to return. According to initial reports, she is in custody of the British police on allegations of fraud.

Mona Fayez Montrag better known as Hajia4Real is a famous Ghanaian socialite, entrepreneur, influencer and actress who was born on June 26, 1993. Hajia4Real is endowed with beauty, elegance and of course a high-end female fashion designer.

Hajia4Real needs no introduction when it comes to Ghanaian art exhibitions as it is already a household name in the industry.

She is a beautiful fashion lover who spends most of her time in the United States.

She was also responsible for the public relations of the Shata movement empire.

Hajia4Real was born and raised with her siblings in Tamale, northern Ghana.

She is of mixed race as her father is Lebanese while her mother is Ghanaian.