The nine feet tall and bronze, “Harriet Tubman, The Journey to Freedom” was sculpted by Wesley Wofford and unveiled on the northeast corner of City Hall on Tuesday 11th of January. The sculpture will remain there until the end of March when the city will celebrate the anniversary of her birth in March of 1822.

People gathered around the newly unveiled statue of Harriet Tubman at the Philadelphia City Hall.

Mayor Jim Kenney said the statue has an important story to tell. He said “Harriet Tubman’s incredible legacy of heroism, resilience, hope, and activism is a story we can all learn from as individuals as well as a community” and added that “The presence of stories like these in the form of public art is vital for learning and reflection, connecting with our communities and understanding our mutual histories.”

Kelly Lee, the city’s Chief Cultural Officer, said “The installation is more than just an art display, and further added that “This travelling monument by sculptor Wesley Wofford represents Harriet Tubman’s courageous journey to free enslaved people. It beautifully illustrates her determination, despite the intense opposition, she faced.” 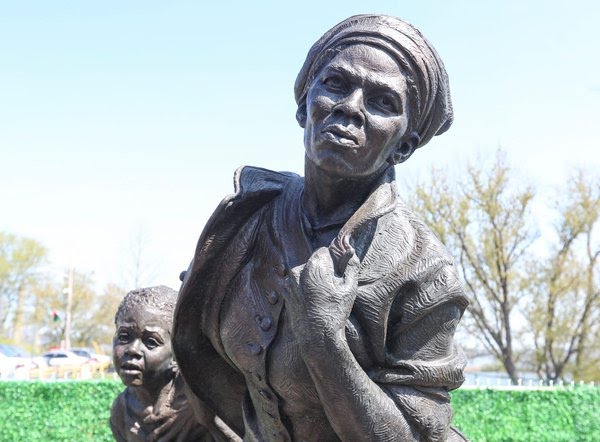 The city has put plans in place for dozens of events to coincide with the installation of the travelling bronze statue. The programming will encompass exhibits, screenings of the movie, “Harriet “, starring Cynthia Erivo and East Oak Lane native Leslie Odom Jr. and set in Philadelphia, are prepared throughout February and March with introductions from community activists and leaders and a birthday party for Harriet.

The sculptor by Wesley Wofford of the Wofford Sculpture Studio, who created the depiction of Tubman bringing a child out of slavery, will also participate in panel discussions. Lee said the sculpture tells a specific story.

Tubman helped more than 70 people escape from slavery. The sculpture depicts the last person she brought to freedom, a child she ultimately adopted.

“But it’s also a universal story of what she represented and the determination that she had,” Lee noted.

Wofford said that his touring sculpture sends a message at every stop.

He noted that ” There’s a huge cultural diversity gap in our public collections nationwide, including the city of Philadelphia. And I think that’s starting to be corrected, and I think we’re going to see more of that coming in the future.”