What to Know About Burkina Faso 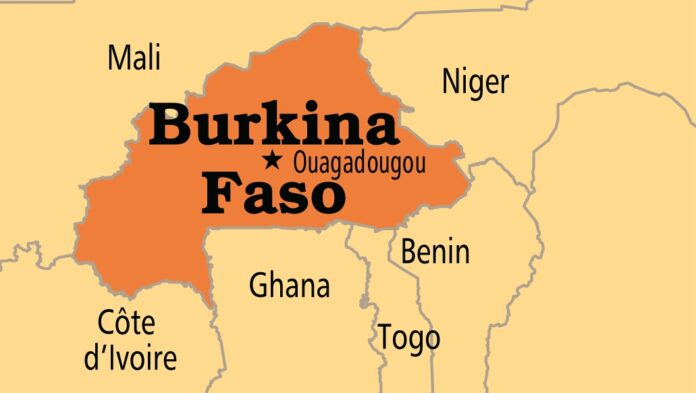 Burkina Faso is a landlocked country in West Africa. It is surrounded by six countries: Mali to the north, Niger to the east, Benin to the southeast, Togo and Ghana to the south, and Côte d’Ivoire to the southwest.

Formerly Haute-Volta, it was a French West African colony until becoming the Republic of Upper Volta, which was renamed in 1984 by then-President Thomas Sankara using native words that meant “the land of upright and honest people.”

Governmental instability in the 1970s and 1980s was followed by multiparty elections in the early 1990s, albeit one party continues to dominate national politics.

It is located between the Sahara Desert and the Gulf of Guinea, south of the Niger River’s loop. In the south, the area is green, with woods and trees, whereas in the north, it is quite dry.

The country got its name from three rivers that run through it: the Mouhoun (formerly known as the Black Volta), the Nakambé (the White Volta), and the Nazinon (the Red Volta).

The Mouhoun, together with the Comoé to the southwest, is the country’s only year-round river. The Niger River basin also drains 27% of the country’s surface.

Its tributaries are seasonal streams that flow for four to six months out of the year, yet they can produce flooding.

There are also several lakes throughout the nation. However, droughts are still a common issue, particularly in the north.

The country’s game preserves – the most significant of which are Arly, Nazinga, and W National Park has lions, elephants, hippopotamus, monkeys, warthogs, and antelopes.

Burkina Faso has a tropical climate with two distinct seasons: the rainy season, which lasts about four months (May/June to September), and the dry season, which is characterized by the harmattan, a hot dry wind from the Sahara.

There are three major climate zones that can be identified:

Burkina Faso, like the rest of Western Africa, was settled early, most notably by hunter-gatherers in the northern region of the country (12,000 to 5,000 B.C.E.).

Between 1500 and 1000 B.C.E., the usage of iron, pottery, and polished stone evolved. High walls can still be found in the southwest (as well as in Côte d’Ivoire).

The Mossi conquered the area on horseback in the late 1400s C.E. and dominated the plateau in the center of the country.

The Mossi amalgamated with the primarily agricultural ethnic groups they subjugated, adopting many of their religious beliefs.

From colony to independence

In 1896, the Mossi kingdom of Ouagadougou became a French protectorate after being defeated by French forces.

In 1898, the majority of the region corresponding to Burkina Faso today was conquered, though there were periodic revolts by groups resisting taxation, centralized rule, forced labor, and military conscription.

In 1904, these territories were integrated into French West Africa. Originally administered as part of Côte d’Ivoire, they became a separate colony in 1919.

The new colony of Upper Volta was broken up in 1932 and shared between Côte d’Ivoire, Mali, and Niger.

In 1947 Haute-Volta (Upper Volta) was re-created with its pre-1932 boundaries, and in 1958, it achieved self-government and became a republic and member of the Franco-African Community.

Full independence was attained in 1960. The country’s first military coup occurred in 1966; it returned to civilian rule in 1978.

There was another coup in 1980, which in turn was overthrown in 1982. A counter-coup was launched in 1983, which left Captain Thomas Sankara in charge. Blaise Compaoré came to power in 1987 after a coup d’état that killed Sankara.

On October 31, 2014, President Compaoré, facing mounting pressure, resigned after 27 years in office. In the following years, there was political instability with several coups.

In 2022, The Patriotic Movement for Safeguard and Restoration (MPSR) supported by the military declared itself to be in power.

The military junta restored the constitution and appointed Paul-Henri Sandaogo Damiba as interim president. In the aftermath of the coup, ECOWAS and African Union suspended Burkina Faso’s membership.

On February 10, the Constitutional Council declared Paul-Henri Sandaogo Damiba President of Burkina Faso and he was sworn in on February 16.

On March 1, 2022, the junta approved a charter allowing a military-led transition of 3 years. The charter provides for the transition process to be followed by the holding of elections.

The 1991 constitution established a semi-presidential government with an Assembly that the president, who is elected for a five-year term, can dissolve.

A constitutional amendment passed in 2000 lowered the presidential term from seven to five years.

The president appoints the prime minister with the approval of the National Assembly as the head of government. He is in charge of suggesting cabinet appointments to the president.

Burkina Faso has 13 regions, 45 provinces, and 301 departments. Each region is governed by a governor.

The Mossi are Burkina Faso’s largest ethno-linguistic group. They speak a Niger-Congo language of the Gur branch and have been related to the region for millennia.

They have taken in many peoples, notably the Gurma and the Yarse. The last group has Mande ancestry but has been integrated into the Mossi and speaks their language (called Moore). The Gurunsi, Senufo, Bwa, and Lobi are other Gur-speaking peoples.

Mande languages, which are also part of the Niger-Congo family, are spoken by ethnic groups such as the Samo, Marka, Busansi, and Dyula.

Other Burkinabe groups include the Hausa and Tuareg, whose languages are Afro-Asian, and the Fulani, whose language (Fula) is an Atlantic branch Niger-Congo language.

Burkinabé refers to all citizens of Burkina Faso, regardless of ethnic heritage. Although French is the official language, it is not frequently spoken.

Moore, the Mossi language, is spoken by the vast majority of the population, and Dyula is frequently used in business.

Muslims constitute more than half of the population. One-fifth of Burkinabé are Roman Catholic, while one-sixth practice indigenous religions.

The majority of the remaining people are Protestant or nonreligious. The Roman Catholic archbishopric is headquartered in Ouagadougou, and the country is divided into several bishoprics.

Agriculture accounts for 32% of the country’s GDP and employs 80% of the working population.

It comprises primarily livestock, but it also includes crops like sorghum, millet, maize (corn), peanuts, rice, and cotton, which is the most important cash crop in the south and southwest.

Burkino Faso has been a leader in resisting cotton subsidies by the industrialized countries to their growers, on the grounds that subsidies encourage dumping, which results in reduced world demand and prices.

Because of the plummeting prices, some farmers in Burkina Faso are threatening to cease growing the crop.

Cotton provides a living for an estimated three million people. The government is also attempting to boost yield through the use of better seeds and to develop additional applications for cotton, such as the production of cooking oil.

Burkina is seeking to enhance its economy by expanding its natural resources, building infrastructure, increasing the productivity and competitiveness of its agriculture and livestock industries, and stabilizing food grain supplies and prices.

Cotton and food processing are the only industries (mainly in Bobo-Dioulasso). Some factories are privately owned, while others are slated for privatization. Manganese, zinc, and gold reserves have piqued the interest of foreign mining companies.

The Voltaic are significantly more numerous and include the Mossi, who account for over half of the population and live on the Mossi Plateau in the country’s center.

Many Christians and Muslims include animism in their religious activities. The majority of individuals in rural areas profess animism.

The official language is French, but the majority of the population speaks one of the approximately 60 ethnic languages.

Banji, or Palm Wine, is a traditional Burkinabè beverage made from fermented palm sap, while Zoom-kom, or “grain water,” is said to be the national drink of Burkina Faso.

Zoom-kom has a milky and whitish appearance, water and cereal basis, and is best served with ice cubes.

Dolo, a drink prepared from fermented millet, is found in more rural areas on the outskirts of Burkina.