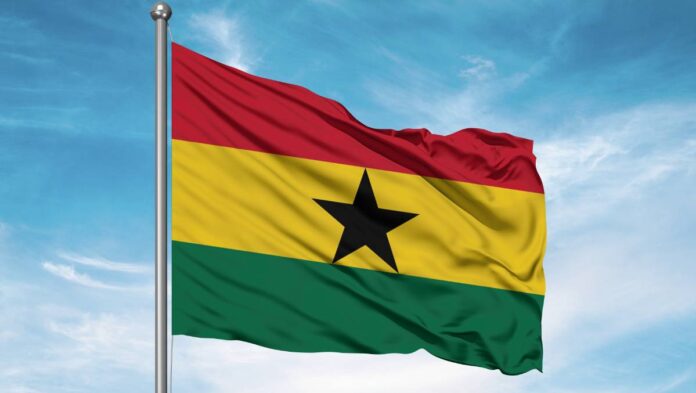 Ghana is a western African country located on the Gulf of Guinea’s coast. Despite its tiny size and population, Ghana is one of Africa’s leading countries.

Partially due to its significant natural wealth and partly because it was the first black African country south of the Sahara to attain independence from colonial domination.

The advent of direct sea trade with Europe following the landing on the coast of Portuguese seamen in 1471 triggered a revolution in Ghanaian history.

Initially, Europe’s primary interest in the country was as a source of gold, which was readily available on the coast in exchange for European products such as textiles, hardware, beads, metals, alcohol, guns, and ammunition.

This gave rise to the term Gold Coast, which was applied to the country until 1957.

When the Portuguese arrived in Ghana in the 15th century, they discovered so much gold between the rivers Ankobra and Volta that they dubbed the area Mina – meaning Mine. The English colonists later adopted the Gold Coast.

In order to maintain their trade monopoly, the Portuguese began the practice of establishing stone strongholds (Elmina Castle) along the coast on land leased from the native states.

The Portuguese monopoly, which had already been significantly eroded, was completely destroyed in the 17th century when traders from the Netherlands, England, Denmark, Sweden, and Prussia discovered that the commercial relations developed with the Gold Coast states could be adapted to the export of slaves.

By the mid-18th century, the presence of roughly 40 forts held by Dutch, British, or Danish traders dominated the coastal scene.

The Gold Coast was the first British colony in Africa to gain independence. After independence, the country’s name was changed to Ghana, and the first president was Kwame Nkrumah. Ghana is located in West Africa, in the Gulf of Guinea.

The neighbors are Cote D’Ivoire, Togo, and Burkina Faso, and its capital is Accra. Ghana is named after an ancient kingdom located about 100 kilometers northwest of the contemporary nation.

Archaeological relics discovered in the coastal zone show that the area has been inhabited since the early Bronze Age (about 4000 B.C.), although these cultures, which relied on fishing in the wide lagoons and rivers, left few traces.

The Empire of Ghana

The Ghana Empire was established in 300AD when various Soninke tribes joined under the first ruler, Dinga Cisse.

The Soninke people referred to the king as ‘Ghana,’ which means ‘Warrior King,’ and the Empire’s adversaries and supporters began to refer to the region as ‘Ghana’.

The Empire was originally located northwest of present-day Ghana, in what is now Mauritania, Senegal, and Mali, but was gradually pushed towards the coast by raids by northern African tribal groups seeking to convert the Empire to Islam.

The Empire began to deteriorate in 1100AD, and it was subsequently absorbed into the Mali Empire.

An era of trade

When Portuguese traders arrived in modern-day Ghana in 1471, they found that many of the people there were wearing gold jewellery.

This ushered in a new period of gold, ivory, and timber trade between Ghana, the Portuguese, Dutch, British, and numerous neighboring Akan states, resulting in Ghana’s rise to wealth and power.

Some of the many forts and castles built by Europeans along the Ghanaian coast to protect their trading interests can still be seen today.

In the 1500s, the emphasis changed to slave trading, and slavery surpassed gold as the primary export. The slave trade became highly structured with the entrance of Dutch, English, Danish, and Swedish settlers in the 1600s.

Outposts like Cape Coast Castle (which you can visit while on your journey) were used to house slaves awaiting transit to the Americas, and millions of West Africans were abducted and forcibly transported across the oceans.

The rise of the British

In the early 1800s, the British used pressure to try to stop the horrific slave trade. The Slave Trade Act, passed in 1807, forbade British people from trading in slaves throughout the British Empire.

The act did not abolish slavery, but it did urge the British to put pressure on other nations to stop their own slave trades.

Slavery was not made outlawed in Ghana until 1874, when the country was officially declared a British crown colony and called the Gold Coast. Ghana’s economy expanded more as a result of gold, cocoa, and coffee exports.

Under President Kwame Nkrumah, who had led the battle for independence, the Gold Coast became the first Sub-Saharan colony to gain independence in 1957.

Nkrumah was a Pan-African nationalist who saw Ghana’s independence as vital to the entire African continent.

“Our independence is useless until it is linked up with the whole liberation of the African continent,” Nkrumah remarked as the Gold Coast earned legal independence.

Encouraged by Ghana’s example, nearly 30 African countries proclaimed independence over the next decade.

Following independence, the country was renamed Ghana, as many of its residents were thought to be derived from the Soninke people who resided in the old Empire of Ghana.

Ghana’s flag comprises the Pan-African colors of red, yellow, green, and black to symbolize political unification among all Africans, and it includes a black star as a symbol of Ghana’s newfound freedom.

In addition, the currency was changed from the British West African Pound to the Ghanaian Cedi. Cedi is an Akan name for cowry shells, and these shells were used as payment until 1901.

Cowry shells are not indigenous to the Ghanaian sea, but were brought as a kind of payment in West Africa by Arabian traders in the 1300s.

Under his leadership, Nkrumah saw independent Ghana as a center for the freedom of the rest of Africa from colonial domination and the construction of a socialist African unity.

Following the establishment of a republic in 1960, the state became associated with a single political party (the CPP), with Nkrumah, as life president of both, amassing ever more authority.

By 1966, when Nkrumah was in Beijing, army and police leaders rose up against him, and his rule was replaced by a National Liberation Council led by Lieutenant General Joseph A. Ankrah.

Ankrah, however, failed to keep a pledge to restore parliamentary democracy, and in 1969 he was replaced by the vibrant young brigadier Akwasi Amankwaa Afrifa, a key leader of the coup.

In August 1969, a constituent assembly drafted a constitution for a second republic, and a general election was held.

As a result, the Progress Party, led by Kofi Busia, a university lecturer who had continuously opposed Nkrumah, won a decisive victory.

Rawlings was elected president of Ghana in 1992, in the first presidential election held in the country since 1979, leading a new party, the National Democratic Congress (NDC).

A new constitution was enacted in 1992, allowing for the formation of several political parties and the establishment of a democratic system of governance.

In 1996, he was re-elected with over three-fifths of the vote for a second term. Despite the economic improvements gained under Rawlings’ reign, much of the Ghanaian press and many Ghanaians remained harshly critical of his economic policies and dictatorial political approach.

Ghana’s governments were plagued by corruption, coups, and military dictatorship after independence. Ghana was basically a one-party state for many years until 1981, when Ghana’s new leader, Jerry Rawlings, swore to abolish this once and for all.

In early 2001, Rawlings stepped down as president and was succeeded by John Agyekum Kufuor of the New Patriotic Party (NPP) in the first peaceful transition of power between democratically elected governments since Ghana’s independence in 1957; Kufuor was reelected in 2004.

In the December 2008 presidential elections, Nana Addo Dankwa Akufo-Addo, the NPP’s candidate, won the first round of voting but did not receive a majority of the vote.

In a tense runoff election, John Evans Atta Mills of the NDC narrowly defeated Akufo-Addo by less than one percentage point.

Nonetheless, there was a peaceful transfer of power, which many observers hailed as proof of Ghana’s democratic stability.

Mills died in office, at the end of his term, on July 24, 2012. Later that day, Vice President John Dramani Mahama was sworn in as interim president. He was later chosen as the NDC’s presidential candidate for the December 7, 2012, election.

Ghana’s president today is Nana Akufo-Addo, and the country is widely regarded as a model of economic recovery and political change. Ghana has just been voted the second most peaceful country in Africa, after only Mauritius.

Ghanaians may be classified as belonging to one broad ethnic group within the African family, however, there are other subgroups.

At least 75 of these can be distinguished based on their language. Many of these are extremely minor, and just ten are statistically significant.

The Akan (which includes the Anyi, Asante [Ashanti], Baule, Fante, and Guang), Mole-Dagbani (Dagomba), Ewe, Ga-Adangme (Ga and Adangme), and Gurma are the largest of these groups.

Despite the diversity, there were no major ethnic conflicts when Ghana gained independence.

However, ethnic consciousness exists in many communities, and tensions have occasionally exploded into violent battles with many casualties, particularly in northern Ghana.

An effort has been made at all levels of government and public life to minimize ethnic disparities, a goal that has been aided by the adoption of English as the official language.