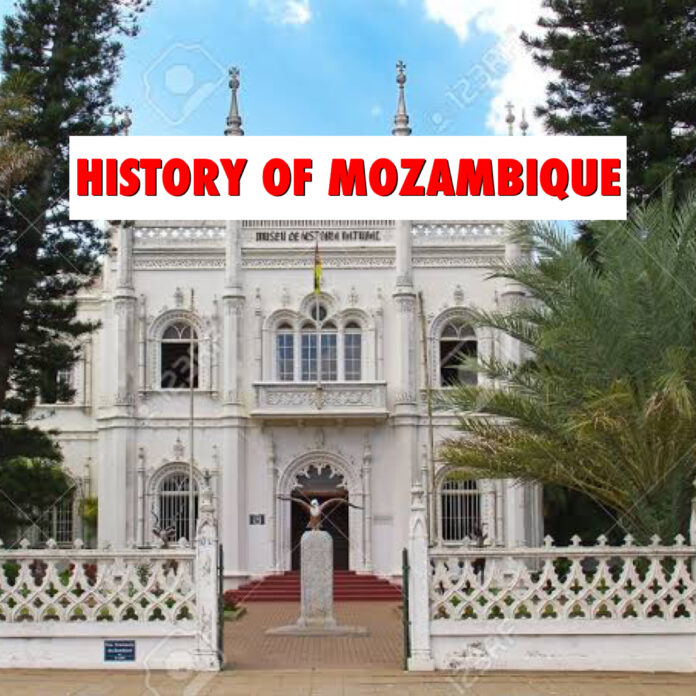 The initial occupants of Mozambique were the Bantu-speaking individuals up until when Vasco da Gama landed at Ilha da Mozambique on his way to India in 1498.

This was also when the Portuguese involvement in Mozambique officially started. The Portuguese set up their first trading post at Sofala in 1505, exporting gold and challenging Arab domination.

By the late 17th century ivory had replaced gold as the main export while, some 50 years later, slaves became the major commodity in the history of Mozambique.

Ilha da Mozambique was made the capital and other stations were established along the coast.

Slaves were being traded via several of Mozambique’s ports during the seventeenth century.

Later on, prominent Mozambicans created the Zambezia Company in an effort to seize control of the Zambezi Valley.

In history, researchers have it that one of the most exploited colonies on the African continent was that of Portugal.

The Portuguese virtually handed over the country to private corporations after embezzling the nation for gold, ivory, and slaves.

These corporations made money by controlling the transportation routes to neighboring landlocked nations and by providing cheap (often forced) African labor for the mines and plantations of nearby British colonies.

The boundaries of Portuguese East Africa were established by the British-Portuguese Treaty, which was signed in 1891.

Significant occurrences in the first half of the 20th century include the mass exodus of laborers from southern Mozambique to South Africa and Rhodesia (Zimbabwe).

After being moved from Ilha da Mozambique in the late nineteenth century, Lourenzo Marques (Maputo) gained popularity as a significant export route and was selected as the nation’s new capital.

Antonio Salazar, who came to power in the late 1920s, strengthened Portuguese dominance over Mozambique.

Agriculture was then introduced, which accelerated economic expansion. Unfortunately, the situation for Mozambicans deteriorated, and there were now very few schools and hospitals, the most of which were located in urban areas and were only accessible to Portuguese and other white nationalities.

In 1960, Mueda in northern Mozambique had an official assembly where calm locals protested against taxation. Numerous protesters were killed when Portuguese forces opened fire. The drive for independence was spurred by this and grew swiftly.

The Front for the Liberation of Mozambique (Frelimo), which was founded in 1962, was established. After more than ten years of civil war, the charismatic Eduardo Mondlane-led Frelimo ultimately succeeded in toppling the Portuguese government.

However, the Portuguese failed to prepare Mozambique for the change when they abruptly left the nation in 1975.

As the new government of the coutry, Frelimo made the decision to adopt socialism and forge close links with the Soviet Union.

Eventually, the South African military and some Western sectors supported Renamo. The country has also made progress since the peace agreements were signed in its effort to turn armed conflict into political rivalry.

The nation’s first free elections after a long time was held in 1994. Renamo received nearly half the votes, giving Frelimo a close victory. The previous socialist policies have been replaced with a free-market economy, and considerable foreign aid has been provided.

The tide is changing as Mozambique is starting to experience significant growth in tourism.