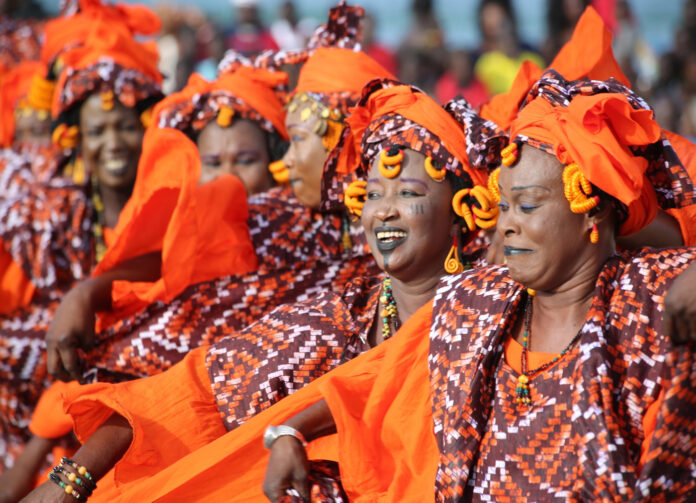 Years ago, Senegal was part of the West African Empire that consisted of Mali, Ghana and Tekrur.

According to Wolof interpretation, the name ‘Senegal’ comes from the local term Sunugal, which means ‘everyone is in the same boat’ in English.

This name is also said to be gotten from the river that forms a boundary with Mauritania and Mali.

Before becoming independent, Dakar once served as the capital of French West Africa, which was made up of nine French-speaking West African republics (AOF, or l’Afrique Occidentale Francçaise).

However, in 1960 the Republic of Senegal regained its independence after three centuries of French colonial domination.

On the other hand, did you know that Senegal’s history is closely entwined with the growth of Islam in this region of Africa? Oh yes, it is.

Islam was first quietly introduced in the eighth and ninth centuries as a result of trade between Arab-Berbers and the Toucouleurs ethnic group.

According to researchers, the first colonial trade started between 1444 to 1456 after Cadamostro, a Venetian navigator discovered the region of Senegal.

During this period, the island of Gorée was turned into a yard for sailors and slaves and gold trade.

Eventually, other European traders (including the French) made the island their settlement and a hub for French activities and expansion in West Africa.

However, in 1840, all types of slavery were outlawed, full citizenship was conferred to individuals born in Senegal, and the country was designated a permanent French possession by the French government.

This made it possible for the Senegalese people to choose and send a representative to the National Assembly in Paris. A colonial administrator named General Louis Faidherbe was appointed for that position.

He organized the Tirailleurs Senegalais (corps of Senegalese riflemen), a local volunteer army commanded by Frenchmen that won acclaim around the world during World War II.

By 1902, much of West Africa’s unoccupied area had been conquered by the French government, which had launched a “Grand Design” to seize as much land as possible.

Senegal has about 20 different ethnic groups and these groups play a significant role in the political, social, and cultural life of the country.

In Senegal, the Wolof ethnic group is the largest with about 43% of the population, followed by the Fula who make up nearly 25%, and then the Serer tribe. Other smaller tribes include the Jola, Mandink, and Soninke.

Majority of people are Muslims with a small percentage of Christians and those who still practice traditional religions.

Thirty-nine different languages are spoken with French being the official language in the country.

The African languages spoken in Senegal are divided into two families by linguists: Atlantic and Mande.

The languages most often spoken in Senegal—Wolof, Serer, Fula, and Diola—belong to the Atlantic family and are mostly located in the western half of the nation.

The eastern portion is home to the Mande languages Soninke, Malinke, and Bambara.

The economy of Senegal is said to be the fourth largest after Nigeria, Ghana and Cote D’Ivoire. The economy of the nation is mostly dependent on agriculture.

Mining, building, tourism, fishing, and agriculture are the key industries in rural Senegal that support the nation’s economy.

Millet and sorghum are the most significant food crops, while substantial amounts of rice are imported. Produce from market gardens, cotton, rice, and sugar are also grown. The CFA franc is the name of the local currency.

There are a lot of amazing Senegalese dishes to choose from. Many of their meals start with millet, couscous, or rice and often contain peanuts or fresh fish for protein; and chilies or palm oil for flavor.

Thiéboudienne, a rice dish with a fish and vegetable sauce, yassa au poulet or yassa au poisson, grilled chicken or fish in an onion and lemon sauce, and mafé, a stew made with peanuts are typical meals.

A rule of conduct known as fayda promotes proper sharing, and meals are typically consumed communally from a single serving dish, as they are in many parts of West Africa.

Breweries in Dakar are the main locations where Senegalese beer is made.