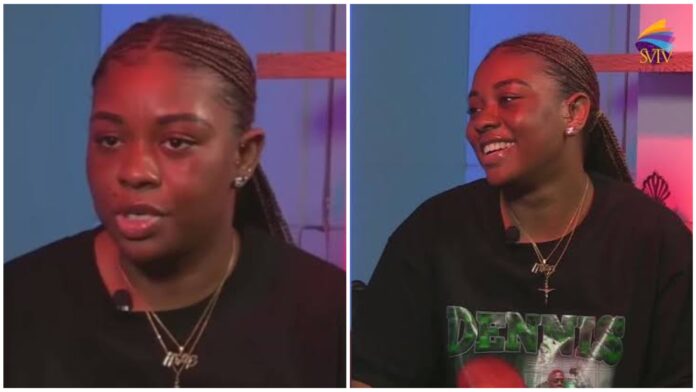 A social media influencer from Ghana named Abena Dankwah Okai has stated that she cannot have a relationship with a man who doesn’t own a car.

In an interview with SVTV Africa with DJ Nyaami, Abena Okai revealed that she was raised by parents who ensured that she had a comfortable childhood.

“I never would. Since childhood I had a driver who took me to school. There is no way to accept a man without a car. No, I won’t,” she said.

When asked what kind of car she would prefer her husband to have, Okai said that the person should have a well-functioning car that she could drive in.

“I want to feel good. If I’m uncomfortable, I don’t go in,” she said. Abena Okai balances her work as a YouTuber and her studies as a law student at Wisconsin International University College in Ghana.

Reacting to the controversial statement by the Ghanaian YouTuber, Netizens have since reacted.

Tim Bruce commented, “It’s nice to dream and dream big, but getting that money to buy Facebook de3 takes more than wishful thinking and mere verbal sophistication. Better to have “smart, realistic goals” like Cinderella-type expectations. Just my two cents.”

Ben Bo commented, “Does she have her own car? If not, then why would she expect a guy to have a car before dating? A man with a car wouldn’t date her either.”