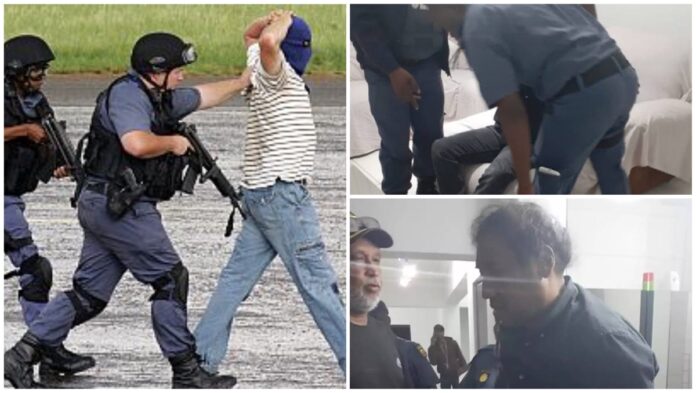 An alleged leader of a kidnapping ring was arrested by Interpol in Pretoria, South Africa, over the weekend and has been placed in custody until next week.

50-year-old Ismail Malude Ramos Nnangy, a Mozambican national, was arrested on Saturday night after police and Interpol raided his home in a sophisticated Midstream Estate in Pretoria.

The multidisciplinary police team acted in 2022 on an arrest warrant and an extradition request from the Mozambican government.

The 50-year-old suspect was found in possession of a 9mm firearm, fourteen 9mm cartridges, five mobile phones, several South African bank cards and several Mozambican SIM and SA cards, which were seized by the police.

He is said to be linked to several kidnappings in South Africa and Mozambique. The ransom demands allegedly came from Mozambique.

On Monday, Nnangy appeared briefly at Thembisa Magistrates’ Court, where a strong police force was stationed outside the courthouse. Although media was not allowed to photograph him.

The state said it intends to deny the suspect’s bail request due to the seriousness of the charges against him.

Speaking to media outside the courtroom, Nangy’s lawyer, Calvin Mayle, said his client would plead not guilty to the kidnapping charges against him.

Miley said that Nangy is a highly regarded transport operator in South Africa and Mozambique.

He added that his client has lived in South Australia with his wife and two children since 2016 and has no criminal record or pending lawsuits.

“He doesn’t know where all the allegations are coming from, and we are also waiting to hear the facts and evidence that the state is relying on,” Miley said.