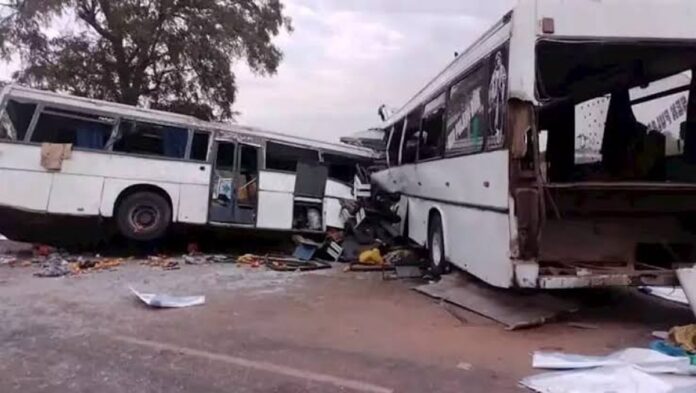 On Tuesday, the Senegalese government announced new measures to combat road insecurity, including a ban on overnight bus journeys and the import of used tyres, following an accident that killed 39 people on Sunday.

At the end of a government meeting in the new town of Diamnadio, near Dakar, Prime Minister Amadou Ba announced that local public transport vehicles would be banned from “traffic on intercity roads between 11pm and 5am”.

Regular buses, which transport passengers and goods, many of which travel from one region to another at night, are one of the main means of transport in Senegal and are known to cause many accidents.

Other measures were also announced at Tuesday’s meeting, banning the import of used tires and “making it mandatory to close speedometers for vehicles transporting people and goods at a speed of 90 km/h”.

Orders to implement the 23 new measures announced will be issued within 72 hours.

“It should not be delayed or compromised. We will be tough with those who violate the rules established to guarantee the physical safety of our citizens”, said the prime minister.

The new measures were announced after the collision between two buses in the village of Sekilo, in the Kfrin (central) region, about 250 kilometers from Dakar, which killed 39 people and injured 101.