Rwanda Says It Can Take No More Refugees From DR Congo 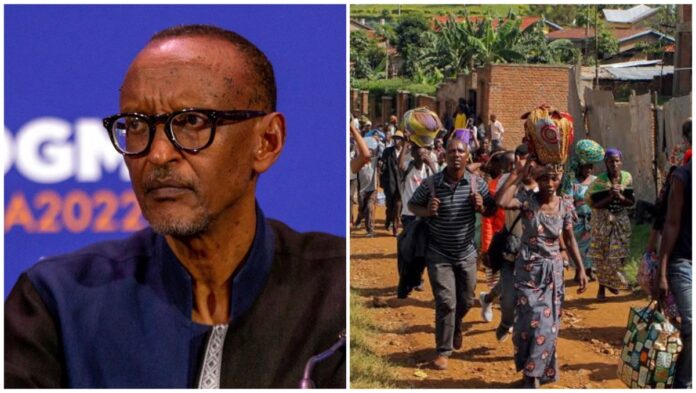 Rwanda says it can no longer provide refuge for people fleeing violence in the Democratic Republic of Congo (DRC), fueling already high tensions between its central African neighbors.

The ongoing fight in the resource-rich east of the Democratic Republic of Congo (DRC) is pitting federal forces against M23 rebels who have seized large tracts of land.

The DRC, along with the United States and several European countries, has repeatedly accused Rwanda of supporting the Tutsi-led March 23 Movement rebels, although Kigali has denied the accusations.

“We can no longer take in refugees from the Democratic Republic of Congo,” President Paul Kagame said on Monday before the upper house of parliament in the capital Kigali.

“This is not Rwanda’s problem. We will make everyone understand that this is not a Rwandan issue,” he insisted.

Tensions rose during the fighting and thousands of fighters fled to neighboring countries, including Rwanda.

The United Nations said that in November some 72,000 Congolese refugees arrived in Rwanda.

Kigali has repeatedly blamed Kinshasa for the crisis and accused the international community of allegedly supporting the Democratic Republic of Congo for the Democratic Forces for the Liberation of Rwanda (FDLR), a Rwandan Hutu rebel movement implicated in the 1994 Rwandan genocide.

Kigali sees the FDLR as a threat that justifies the invasion of the Democratic Republic of Congo.

Rwanda also accused the Democratic Republic of Congo, which is due to hold presidential elections in December, of exploiting the conflict for political ends and “manufacturing” the November massacre that killed at least 131 civilians.