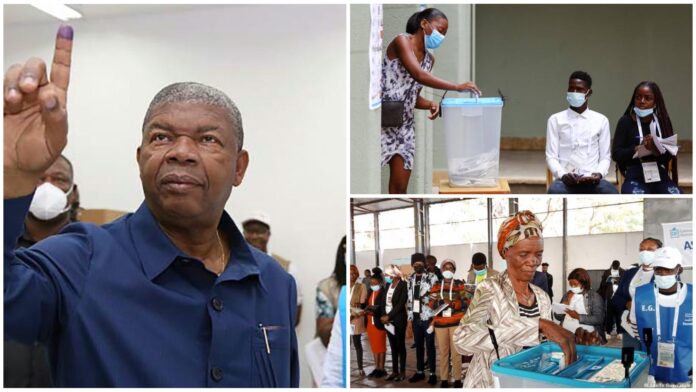 Angolan President João Lourenço, has won a second term in office after being declared the winner of last week’s elections on Monday.

The official results of the National Electoral Commission showed that the Popular Movement for the Liberation of Angola, known by the acronym MPLA, obtained 51.17% of the votes.

The opposition National Union for the Total Independence of Angola, known by the acronym UNITA, ended up receiving only 43.95%.

In a press conference, the head of the Commission, Manuel Pereira da Silva, said that the electoral body “proclaims João Manuel Gonçalves Lourenço as President of the Republic”.

The vote was the tightest in Angola’s history since independence. In the past, elections were contentious matters that took weeks to count.

Both political parties have a long history as battlefield opponents during a bitter 27-year civil war. This conflict ended in 2002.

Traditionally, the MPLA has controlled the electoral process and the state’s media, while the opposition and civil society have expressed concerns about the security of the polls.

The MPLA was traditionally associated with the Soviet Union and saw itself as a liberation movement. It has governed Angola since independence from Portugal in 1975.

Lawrence is a former general who was educated in the Soviet Union. At 68, he won his first term in 2017 with 61% of the vote.

In the last elections, support for the MPLA has steadily declined.

The late President José Eduardo dos Santos, who was buried on Sunday on his 80th birthday, was also a member of the MPLA.