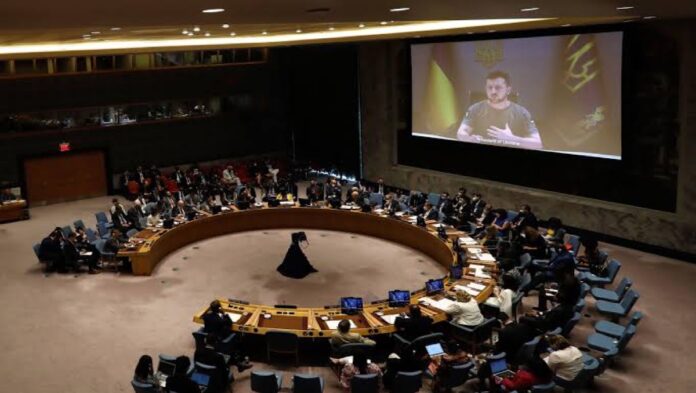 Kenya on Monday joined 93 other countries in backing a United Nations resolution calling on Russia to compensate Ukraine for its invasion in February this year.

The non-binding United Nations General Assembly Resolution A/ES-11/L.6: “Increased reparations and compensation for aggression against Ukraine” reflects the continued indifference towards African countries in condemning the Russian invasion of Ukraine.

However, it showed significant support for Ukraine in seeking compensation and portraying Moscow as an aggressor in the war.

Ninety-four countries, including Kenya, Ghana, Somalia and Djibouti, voted to impose on Russia “the legal consequences” of its invasion of Ukraine, including compensation for lost parts, deaths or destroyed property.

“We have serious reservations about aspects of the decision that were reflected in the result of the vote with the highest number of abstentions and ‘no’,” said Dr. Martin Kimani in a note explaining Kenya’s vote on Monday.

“However, we voted yes because it is the right thing to do. Ukraine has a sovereign right to seek compensation for damages and losses caused by the conflict.”

She was the latest political symbol of opposition to Russia, elected by the United Nations General Assembly. Typically, these Council decisions have no legal weight, but they can exert political pressure on the aggrieved party.

Since Russia invaded Ukraine in February, there have been a number of UN General Assembly resolutions, all reached during emergency special sessions of the Assembly.

After weeks of war, 141 countries condemned the invasion, and when Russia annexed three regions of Ukraine in an obscure referendum in October, another 143 voted against it.