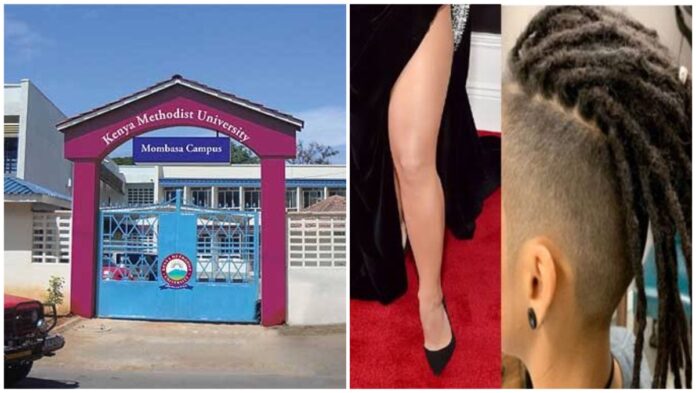 The Methodist University of Kenya (KeMU) has introduced a new dress code that prohibits female students from wearing short overalls and miniskirts, as well as various other clothing items deemed inappropriate by the institution.

“All students are required to comply with the University code of dressing and wear appropriate attire during study, at meal times in the dining  hall and in all university functions,” said Dr. Mbaabu in the memo.

Likewise, male students are prohibited from keeping their hair in ponytails and braids, wearing earrings and wearing open shirts.

They were also prohibited from wearing jackets that expose their chests and hats during classes or visits to any of the institution’s administrative offices.

Huma Bay City MP Peter Kaluma provoked a mixed reaction after expressing his support for the strict dress code of the Methodist University of Kenya (KeMU) within the educational institution.

The politician noted that all universities in Kenya must enforce a decent dress code. He added that universities are institutions that train professionals in various professions and the dress code must comply with them.

Netizens responded to the politician’s Tweet, with dozens of them showing off their intelligence, work ethic, and achievements in an attempt to present an argument against the politician’s statement.