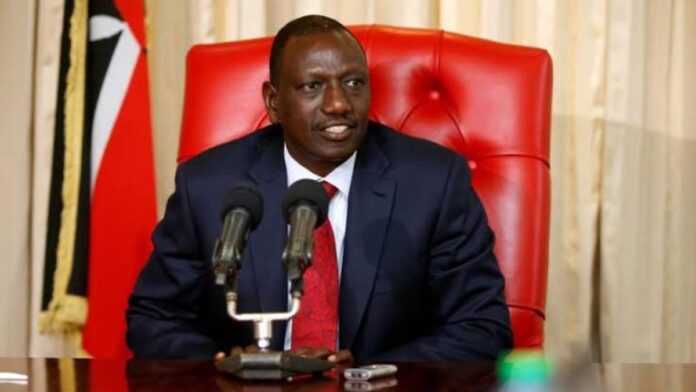 Kenyan deputy president and presidential candidate, William Ruto has started his intention to deport Chinese nationals from jobs that could be handled by Kenyans. Ruto claims this would be his first order of business as soon as he is elected president.

The Kenyan presidential election is expected to take place by August 9, 2022, and it has seen several candidates promising to make a better Kenya out of what currently exists.

Sadly, Kenya has been experiencing an economic crisis since the Covid-19 pandemic in 2022, and a need to find an escape from this damning crisis has brought a need for a careful selection process for Kenyans.

“Let Chinese nationals roast maize and sell mobile phones. We will deport them all back to their countries,” William Ruto told an economic forum on Tuesday.

The presidential aspirant claimed that many of the activities being handled by Chinese nationals are jobs and tasks that could be handled by Kenyans. “We have enough planes to deport them,” he insisted.

After running as Vice President of the country and serving alongside President Uhuru Kenyatta, the 55-year-old believes he could continue the legacy of his predecessor, who is ineligible to run for a third term.

Since the campaign began, Ruto has seemingly presented the idea that he aims to save Kenya from the growing rate of racist activities by Chinese nationals within the country. He claims he is a defender of the ordinary people against what he believes to be a “dynasty” that rules over Kenya.

According to AFP, Ruto “has been critical of President Kenyatta’s economic policies, promising to cancel the country’s estimated $70 billion (€66 billion) debt if he wins in August.”

After the World Bank, China is Kenya’s second-largest creditor and has provided funding for infrastructure projects in several occasions.

The train line that connects the port city of Mombasa to Naivasha in the Rift Valley via the nation’s capital Nairobi since 2017 cost $4.7 billion, making it the most expensive infrastructure project since the nation gained independence in 1963.

An influx of Chinese employees has frequently accompanied all of these developments, which has made online opinions on William Ruto’s declaration quite divided. “China is owed billions by us. By doing this, we will sour our relationship with the nation, and they will react hastily to paying back the debts, “a Twitter user said.