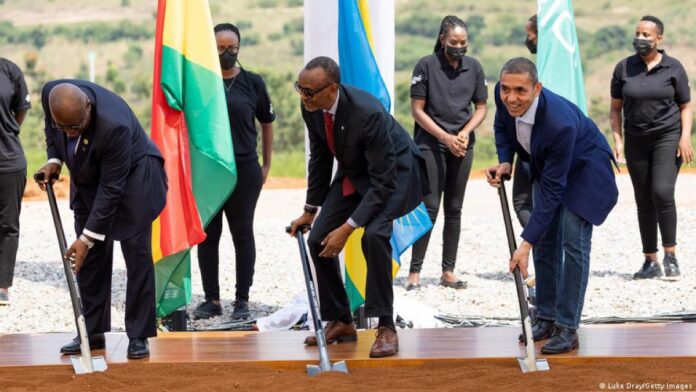 The Rwandan president, Paul Kagame, and BioNTech’s CEO, Uğur Şahin were both present at the event. The project marks the first of three planned African projects aimed at making the continent self-sufficient in terms of Covid-19 treatment among other diseases.

According to Uğur Şahin, his company has been researching ways to develop vaccines for a variety of diseases, including tuberculosis and HIV. These diseases as noted by the CEO have been the cause of high mortality rate in Africa.

“We’ve partnered with the Bill and Melinda Gates Foundation to develop tuberculosis and HIV vaccines,, and we are developing malaria vaccines. “, said Uğur Şahin, BioNTech’s CEO.

The project, according to Paul Kagama, was “groundbreaking,” and his nation had tried to entice biopharmaceutical experts to the manufacturing industry in Rwanda. He believes that researchers must be invited, and brought to the continent to further their research and help in providing solutions to the issues of growing mortality rates due to diseases.

In addition to cutting-edge drugs being developed to treat HIV, TB, and malaria—diseases that are wreaking havoc on Africa—production will also include vaccines against COVID-19.

Interestingly, towards the end of the year, human trials of a malaria vaccine developed by BioNTech using mRNA technology are expected to begin, a project that would put an end to the high rate of deaths due to Malaria on the continent.

The project has been deemed necessary and a step in the right direction since Africa was named as the continent least protected from Covid-19. Statistics claim that only 20% of the 1.2 billion people living in Africa have received two doses of the vaccination.